Despite Recent Losing Streak, St. John’s Off to Strong Start

The Red Storm will play its first home game this Saturday against Connecticut. 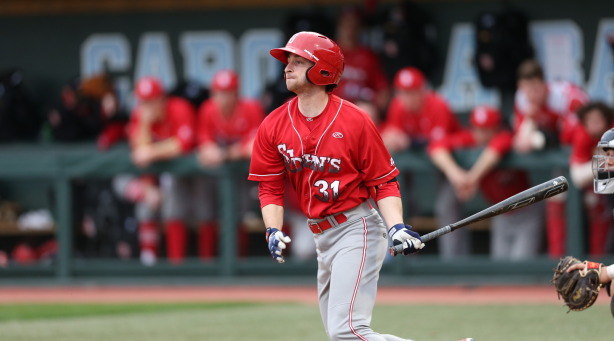 After finishing the 2017 season with a sterling 42-13 record and a second-place finish in the Big East tournament, the St. John’s baseball team has picked up where it left off.

The Red Storm have been firing on all cylinders to start the 2018 campaign. The Big East favorites kicked off the season with wins in eight straight games, marking the program’s second best start to a season since 1981.

Entering the 2018 season, it was widely assumed that St. John’s was the team to beat. The Red Storm are coming off its best season since John Franco and Frank Viola donned the red and white nearly 40 years ago.

Despite losing key talents in catcher Troy Dixon, outfielder Michael Donadio, and shortstop Jesse Berardi — three of the team’s most prolific hitters last season — the Red Storm welcomed back its core of veteran outfielders in Anthony Brocato and Jamie Galazin, and infielders in Josh Shaw and John Valente.

A major key to the Red Storm’s early success this season has been its pitching, led by sophomore Sean Mooney. The 2017 Big East Pitcher and Freshman of the Year owned a perfect 3-0 record with a remarkable 0.56 ERA up until his most recent outing in Kansas (6 ER in 4.2 IP).

St. John’s has a gem in Mooney. The Marmora, N.J. native posted impeccable numbers in his rookie campaign, going 8-2 with a microscopic 1.71 ERA and 88 strikeouts in 100 innings. In Mooney, the Red Storm have a true ace. His ability to locate his fastball effectively and mix in his secondary pitches is what makes him so dominant on the rubber.

The Johnnies have been swinging the bats well, too. Infielder John Valente displayed his impressive hitting abilities last season, finishing second in the Big East with a .375 batting average. To start the season, the New Rochelle product has picked up where he left off, leading the team in hitting at a clip just under .400. Valente has recorded a hit in 14 straight games dating back to 2017.

Following their opening series sweep of Campbell, St. John’s extended its winning streak to four after pulling off an impressive victory against No. 6  North Carolina. The Red Storm pitching staff was stellar, surrendering only one earned run against a talented Tar Heels club. Sophomore Mike Antico played hero in Chapel Hill, belting a go-ahead home run to lead off the seventh that gave the Johnnies the lead for good.

After leaving Chapel Hill undefeated, the Red Storm extended its winning streak to seven after beating Monmouth, UMBC, and Penn State in a four-team tournament at the USA Baseball National Training Complex.

Mooney and Brocato were both recognized for their impressive performances. The hard-throwing right-hander earned his third career Big East Pitcher of the Week award.

Mooney was scintillating against the Hawks, tossing six shutout innings while mowing down a career-high 11 batters. During their 4-0 week, Brocato hit .364 with nine RBIs.

After an 8-0 start, the Johnnies suffered its first loss of the season in the second game of a doubleheader with UC Davis on March 4 before dropping three straight to the Kansas Jayhawks. Despite out-hitting the Aggies, 11-9, the Red Storm stranded 12 runners on base.

Due to travel issues in Northern California, the Johnnies’ home opener on March 5 against LIU Brooklyn was postponed. And because of inclement weather in the Tri-State Area on March 6, the Red Storm’s contest at Fairleigh Dickinson was postponed as well.

St. John’s will begin an eight-game homestand this weekend when they face Connecticut Saturday at Jack Kaiser Stadium.