How the psychological side of basketball impacted St. John's this season. 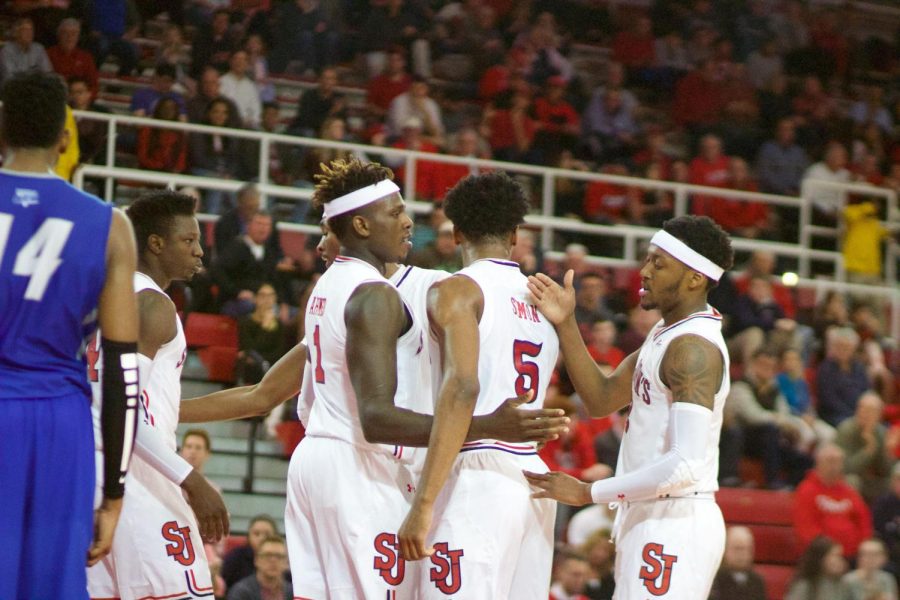 The St. John’s University men’s basketball team started off the 2017-18 season with a bang.  Their 10-2 record was the program’s second-best start to a season in 32 years.

But their success was fleeting. The team eventually spiraled into an 11-game losing streak, putting them in last place in the Big East.

They were not  able to win a game for six weeks. The team always knew its potential, but getting all the parts to come together was something they struggled with.

“We always work hard, always believed in each other,” said junior forward Kassoum Yakwe. “We know that we have a team that can make it far. But sometimes things happen.”

At a sold out Madison Square Garden on Feb. 3, St. John’s faced off with No. 4 Duke. The Red Storm and the Blue Devils kept the game close, with multiple lead changes and swings taking the game down to the last second.

St. John’s stunned the crowd of over 19,000 fans with an 81-77 win, putting an end to their month-long skid. The season-changing  wins didn’t stop there. Four days later, the Red Storm stunned No. 1 Villanova with a 79-75 victory on the road.

In the three weeks that followed, St John’s secured wins against Marquette, DePaul and Butler. They went from a team that couldn’t win a single game in conference play  to defeating some of the best teams in the country.

“We got off to a good start and went on a losing streak, part of it was selfishness because players didn’t trust each other,” said senior guard Bashir Ahmed, who has started in both years since transferring to St. John’s. “We weren’t playing together as a team.”

Team work and positivity is nothing new when it comes to winning. Experts in the field of psychology argue that mental attitudes are directly tied into a winning mindset.

Psychologist Jim Taylor, who is also a former athlete and renowned writer, believes every team should create a culture that sets the values, attitudes and goals.

“All of these qualities of a culture have real implications for how the team functions, how its members get along, and, crucially, how the athletes on the team perform and the results they produce individually and collectively,” Taylor wrote in a 2016 article for PsychologyToday.com. “When a team has a defined culture that is understood and accepted by all of its members, they feel an implicit pressure (in the good sense) to support that culture.”

Members of the athletic department who were around the team stressed the importance of positive team morale.

“Mindset should always be positive, because the mind drives the body,” said Michael Compton, who has been the team’s strength and conditioning coach since 2014. “The more mentally prepared and ready a team is on game day, the bigger the chance they come away with a victory.”

Two weeks removed from the end of the season, the Red Storm will soon focus its attention on next year, Chris Mullin’s fourth as head coach.

“The biggest thing the team is striving for next season is to play hard but smart,” said freshman forward Boubacar Diakite. “Play together as a team and win games.”

Taylor went on to assert that team culture should be established for everybody, not just small groups. Having subsets of dominant players can create exclusivity and negativity.