The senior catcher was honored by the Big East this past week. 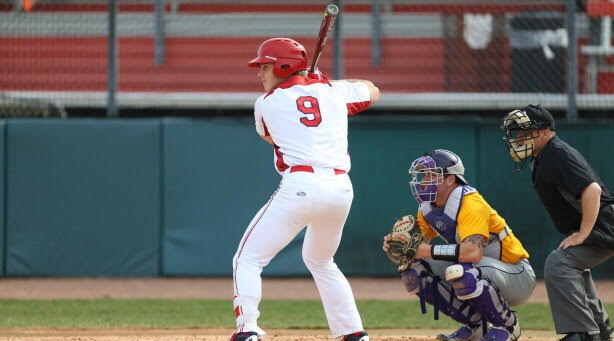 The accolades keep rolling in for the big-bopping Johnny batting order. Last week, a new face found himself among the ranks of the Big East’s best.

Senior Robert Boselli III was named to the Big East Weekly Honor Roll on Monday, the first conference honor of the season for the catcher/designated hitter.

The backstop caught fire over the weekend against Minnesota (18-10), going 5-for-11 with five RBI and three extra-base hits, blasting his first homer of the year in Thursday’s series opener.

The veteran’s emergence in the heart of the order was a needed boost for a struggling Red Storm offense. The Johnnies (14-10) entered the weekend on a three-game win streak, despite averaging just 2.8 runs per game over their previous six matchups.

Led by Boselli, the bats broke out in U.S. Bank Stadium, scoring 22 runs over the three-game set.

Boselli’s blast powered the Johnnies to an 11-5 win on Thursday, but a ninth-inning meltdown on Friday and a fast Gopher start on Saturday propelled Minnesota to the series win.

Boselli, who moved up to the cleanup spot for the weekend’s final two games, picked up the Red Storm’s 10th Big East weekly award. The Ventnor, N.J. native is slashing .327/.400/.519 on the campaign, driving in 14 runs in the middle of the St. John’s lineup.

The senior has been splitting time behind the plate with junior Wyatt Mascarella over the season’s first half. Coach Blankmeyer has inserted Boselli as his DH for three of the Johnnies’ last five contests.

The Red Storm welcomes Saint Peter’s (0-18) to Jack Kaiser Stadium this week, before taking a trip to visit the Lions of Columbia (8-18). Conference play begins over the weekend, when the Johnnies pay a visit to Big East foe Villanova (5-14).