The King of Queens is Back 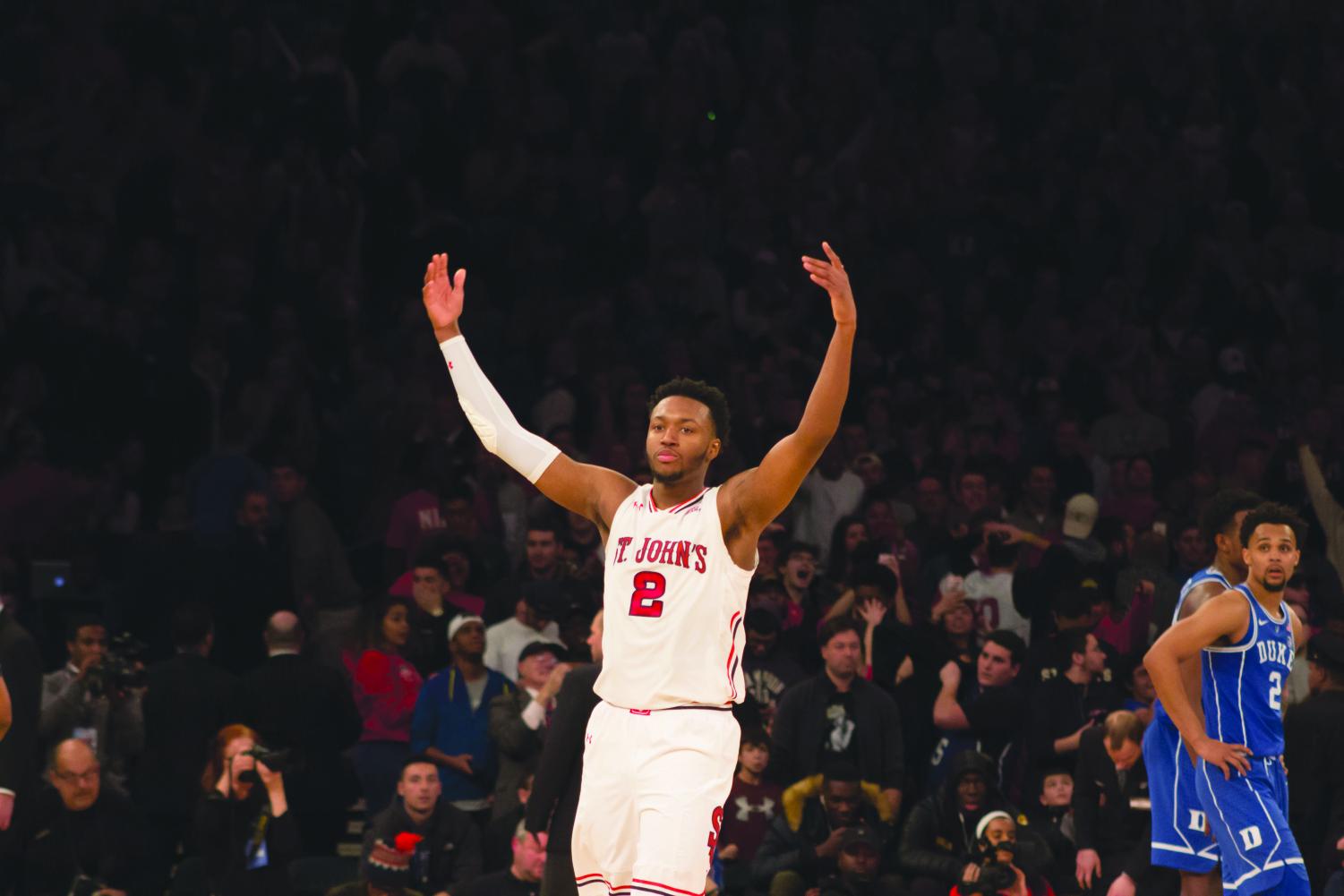 Torch Photo/Nick Bello
After what felt like an eternity of waiting for St. John’s basketball fans, multiple sources reported Tuesday evening that star guard Shamorie Ponds will return to Queens for his junior year.

As a sophomore in 2017–18, Ponds averaged 21 points and has scored over 1,000 points for the Red Storm in just two years. Against Marquette, the Brooklyn native put up a career-high 44 points, shattering a school record for the most points scored by a St. John’s player at Carnesecca Arena.

Ponds has a flair for the dramatic, and can score against the best in the country. He  dropped 33 points in an electric performance against fourth-ranked Duke at Madison Square Garden in February, then scored 26 more to upset eventual national champion and then-top ranked Villanova on their home floor just days later.

Ponds has yet to make an official announcement, but Jon Rothstein of FanRag Sports said that Ponds’s father, Shawn, informed him of the decision. Zach Braziller of the New York Post confirmed the reports. The 6-foot-1 playmaker was not on most draft boards and was not invited to the NBA Scouting Combine, although he did work out privately for several NBA teams.

The news comes a week after forward Boubacar Diakite announced that he would be leaving the program after sitting out his freshman year. With the Red Storm coming off a 16-17 season, they seemed poised for redemption in head coach Chris Mullin’s fourth season next year. However with the transfers of Diakite, Kassoum Yakwe and Tariq Owens, as well as the uncertainty surrounding Ponds, chances of that happening looked slim.

As the news broke Tuesday however, many St. John’s fans expressed their excitement for the upcoming season. With Ponds back, along with a heavy influx of talent that includes freshman Josh Roberts and Greg Williams and transfers Mikey Dixon and Sedee Keita, some have begun to think about a possible NCAA Tournament run for the Red Storm, who have not made the Big Dance since the 2014–15 season.

Whether or not we see the Johnnies dancing next year is still uncertain. However, it is safe to say that with the King of Queens back, the fans and coaching staff can breathe a sigh of relief.