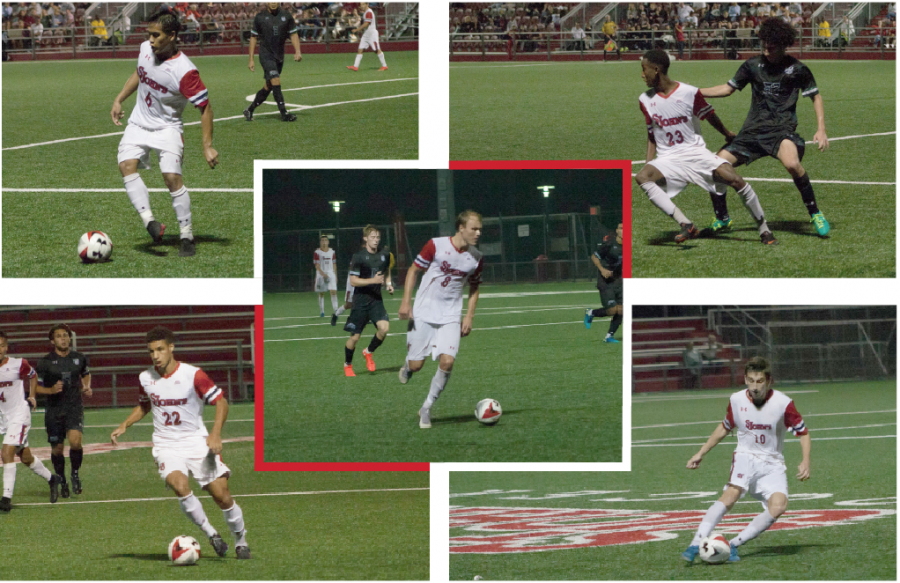 The term “rebuilding year” has become a cliché in sports.

If you looked at the St. John’s men’s soccer roster heading into the 2018-19 season, it would have been easy to think it was going to be a rebuilding year.

Head Coach Dr. Dave Masur had a squad of 33 players, 25 of them new. Putting the sheer loss in numbers aside, the quality of players that moved on from St. John’s can’t be understated.

The reigning Big East Midfielder of the Year, Harry Cooksley and Big East Defender of the Year, David Enstrom both graduated along with starting goalie Andrew Withers. Withers anchored one of the best defenses in the conference last year, only allowing an average of 0.74 goals per game.

In addition to graduation problems, the Red Storm also saw key players transfer out of Queens. Alistair Johnston, who started all 36 games last season and led the team with six goals  is now a member of the Wake Forest Demon Deacons. Another key member of the defense, starting center back Wilhelm Nilsson transferred to the warmer weather at the University of North Carolina-Wilmington.

While there might have been some concern over how the roster was going to shape up for this season, that concern was immediately suppressed with impressive performances in the pre-season. The young squad went toe-to-toe with nationally ranked teams with a win over then-#19 New Hampshire and a scoreless draw with #16 ranked Fordham.

In the attacking third of the field, there are two freshmen that have been impossible to ignore. The first is Skage Simonsen, a Norwegian midfielder who should remind any St. John’s soccer fan of the aforementioned Cooksley. Like Cooksley, Simonsen is 6 feet and 3 inches tall and has the ability to hold the ball up with his big frame, win aerial challenges or stride past defenders with seemingly no effort. His partner up front for most of the season has been another newcomer, Tani Oluwaseyi. Oluwaseyi is a crafty striker who always seems to find himself space in the right areas. Both Simonsen and Oluwaseyi have two goals and two assists each early on.

In addition to the goals from Forster, Simonsenand Oluwaseyi, even more St. John’s freshmen have been key in setting those goals up. Brandon Knapp has assisted on two game- winning goals this season from the right-back position while Josiah Crawford and Sanoussi Sangary have also picked up an assist thus far.

In goal, Dr. Masur has used a combination of Lenny Wilson and Tyron Matuta, both newcomers to the program. Wilson, a senior transfer from Hartwick, has picked up two shutouts so far.Both him and Matuta have save percentages above 75 percent.

With all the new faces in Queens, a leader needed to step up for the Red Storm. Without a doubt, that leader has been junior midfielder, Matt Forster. The Englishman missed most of his freshman year with an injury and came back as a sophomore to score three goals and pass out two assists. Through seven games in his junior season, he already has four goals and an assist, including the lone goal in the Red Storm’s conference opener against Seton Hall at Belson Stadium on Sep. 14..

This young squad has certainly had learning moments this season already, like back-to-back 1-0 home losses to Lehigh and Loyola-Maryland before rebounding against Seton Hall. However, the bright, young core that Dr. Masur has brought in this season is reason for justifiable excitement.

Currently sitting at 4-3, the Johnnies have a favorable schedule over the next two weeks. After a Big East showdown Friday night in Cincinnati against Xavier, St. John’s has a stretch of four consecutive home games against Mount St. Mary’s, Butler, Creighton and Princeton. While the squad is only 2-2 this season while playing at Belson, home field advantage could prove to be a key as the team heads into the later portion of the regular season and into the conference tournament.