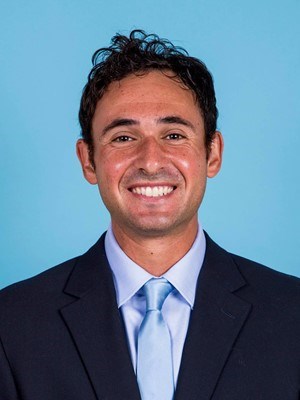 As the St. John’s Men’s Tennis team makes their way through the beginning of their new season, they are also adjusting to the new leadership of Head Coach Dillon Pottish.

On Aug. 10, St. John’s announced the new addition to the coaching staff. Coach Pottish has been a NCAA tournament champion twice and has played professionally. He previously assisted in coaching at Georgetown and Columbia University.

Pottish, who grew up in Suffolk County, Long Island native shared his admiration for St. John’s athletics and believes the tennis program has a lot of potential in the Big East.

“The end goal is of course to win the conference, to win the Big East, but it really is every day getting these guys better,” Pottish said in a recent interview with the Torch. “Every single day. Making sure the culture of the team is on point. That is what I care about.”

Of course, every coach goes through challenges whether they may be new or old. However, Coach Pottish has decided to attack these challenges head on by working on stability and trust because he understands the effects of consistent change and how it can be a culture shock.

“As much as I want it for them, I want to make sure everyone is on the same page and bring the focus of stability to them every day,” Pottish said.

He emphasizes the importance of helping the members who were already on the team before to be able to trust him and his coaching skills. He wants them to know he cares more about their growth than winning the conference.

He advises his team members to remember that it is an individual sport, but it does affect the team in the end.

“You go out and play tennis, you play individual, but you’re playing for a team and you have to look at the bigger picture,” he said. “We win and lose as a team, not an individual.”

The tennis team and Coach Pottish are excited for the upcoming season. He is looking forward to the Big East matchups but more so on how they play against opponents.

He says that he knows how they play during practice, but he wants to see what changes when they are in a competitive environment. He has faith that it will be a great season and  one to look forward to.