Welcome to The “Belly Fam” 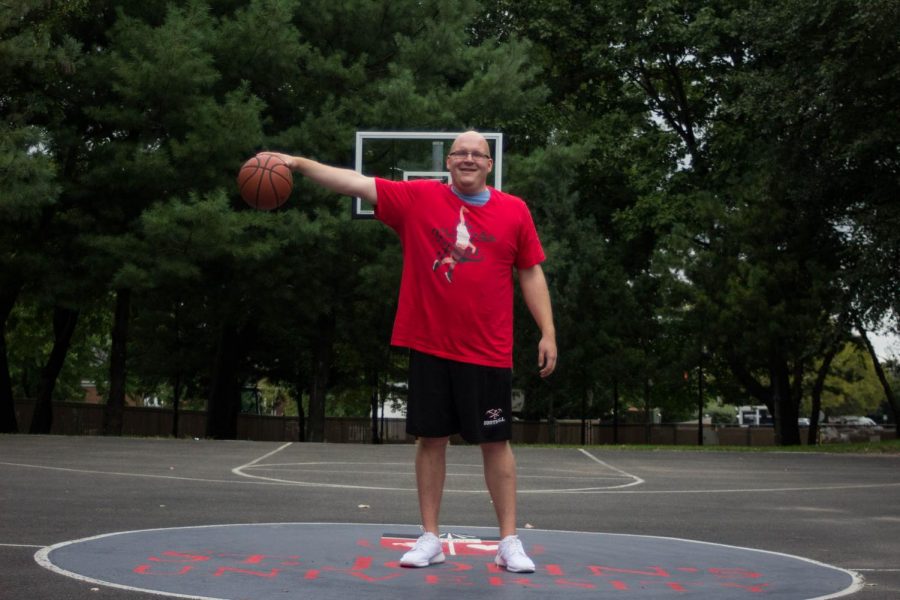 The term, “Insta-famous” refers to those who have achieved a somewhat celebrity status online via the app Instagram. Kodiak Simpson, a recent St. John’s graduate, obtained this status of internet fame in an interesting fashion over this past summer.

Simpson went viral when a video of him dunking was posted by Cole Anthony, one of the top high school players in the nation.

Simpson has used his platform as a way to promote his weight loss journey. In a recent post, Simpson shared that he had gone from 327 pounds to 275 pounds in one year, inspiring many.

“All of a sudden my phone starts going nuts,” Simpson said as he described the moment the video was posted. “I had over 200 notifications from my phone just sitting there.”

Simpson’s love for basketball started at a young age. In fact his life has practically been centered around basketball, since his father played professionally.

“I’ve always been around the game,” Simpson said. “I can remember having the little tikes tiny hoop in my house, and I’d play for in my basement for like six hours a day.”

Simpson went on to play basketball in high school, which was when he was first able to dunk.

“My first dunk was when I was a freshman in high school,” Simpson said. “I did it one time, I was so hyped up about it.”

Although he was never able to dunk consistently in high school, that didn’t stop him from trying. Simpson recalls one moment where he almost dunked during a game however a referee had called a foul seconds before he was about to stun the crowd with a dunk.

“I go down, I get about to the freethrow line and I’m about to dunk it, and the ref blows the whistle and calls a foul,” Simpson said. “I remember I turned around to my coach and go, ‘I was gonna dunk that’.”

Although Simpson never received any scholarship offers to play sports in college, he was still looking to be involved with college athletics in some way. As a result, Simpson joined the St. John’s Women’s Basketball team as a manager his freshman year.

“I told myself if I wasn’t going to be a division one athlete, I was going to help out in some capacity,” he said.

Fast forward to this past summer, Simpson and a friend are at Lifetime Athletic, a popular gym among among athletes and celebrities in New York. That day, it just so happens that Cole Anthony was there working out on the opposite end of the court with his trainer.

“I’m down at the other end of the court just shooting, and the ball rolls to me,” Simpson recounted. “And I just go up and dunk it.”

Simpson remembers the mood suddenly changed in the gym. He was then asked to do it again as Anthony filmed it and put it on his Instagram story.

Later on the video was uploaded to Overtime, a famous Instagram page that showcases highlights from athletes all around the country. The video went viral, as Simpson became famous in an instant.

Simpson saw this as an opportunity to promote other videos he had made in the past. Before he went viral, Simpson made videos for both Youtube and Instagram frequently. The contents of these videos ranged from him singing to cinematic footage of him and his friends.

“I had this whole background of a bunch of stuff that I could just start sharing right then,” Simpson said. “People were able to come and see immediately that I was an interesting person and that I do many different things and have many different talents.”

As Simpson’s fame grew, so did his platform on social media. Maintaining that platform and status on social media is no easy task as Simpson had to come up with creative and new ways to promote himself and his brand.

As a result, the Belly Fam was born. Simpson and others created a highlight page of heavy set people doing impressive things as well as heavy set people getting back into sports or other activities. The page took off and now has over 12 thousand views and counting.

Simpson has used his platform as a way to promote his weight loss journey. In a recent post, Simpson shared that he had gone from 327 pounds to 275 pounds in one year, inspiring many.

Although what Simpson has done is promoting positivity towards heavy set people, there has been some negative backlash. On First Things First, a sports talk show on Fox Sports One, tv personalities Chris Carter and Nick Wright mocked Simpson for a video of him dunking with his shirt off. As a result of their negativity however, came a lot of positivity.

“I felt that everyone really coming at me with messages of positivity and [to] keep going has really helped me,” Simpson said.

As of right now, Simpson is looking to grow his brand. He already has a clothing deal and has plans to grow his brand even further by finding a way to monetize it and create events to help support his campaign.

“We think it’s a great platform to share different talents of people,” he said.