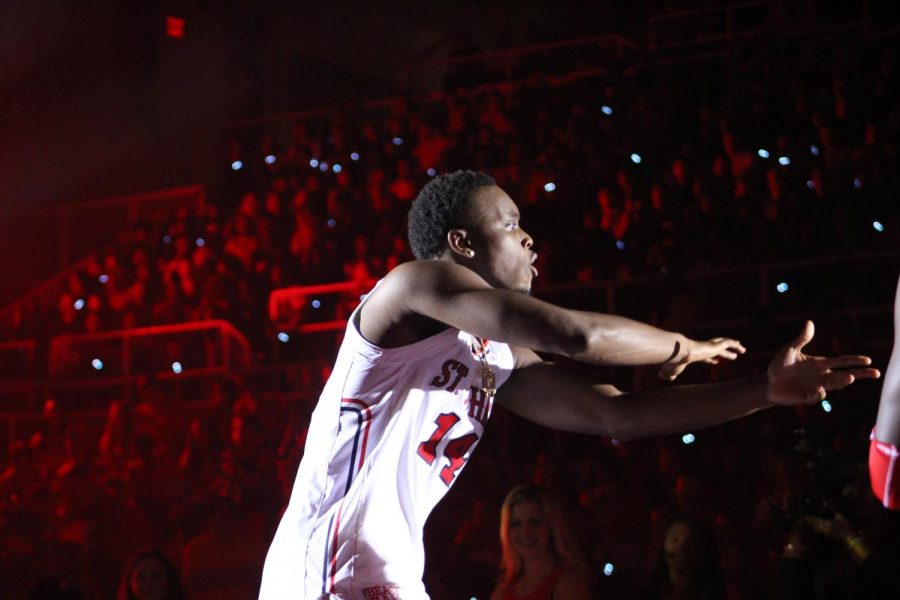 The news, first reported by Adam Zagoria of The New York Times, gives St. John’s one of the strongest backcourts in the Big East conference.

“I’m incredibly thankful that the NCAA has decided to allow me to play right away closer to home,” Heron said in a statement released on Saturday morning.

A native of Connecticut, Heron wanted to return to the northeast so he could be closer to his mother, who has been battling health issues.

Normally—as is the case with many players currently on the team’s roster­—when a player decides to transfer, they must sit out a year before they are eligible to play.

After finishing his sophomore season at Auburn, Heron tested the NBA Draft waters in March. Once he decided that another season in college was in his future, he immediately transferred from Auburn and began looking for a school closer to home.

Heron announced his commitment to St. John’s back in May, and the biggest question surrounding the program since then has been whether or not he would be granted the waiver to play in the 2018-19 season.

Many analysts see Heron as the final piece of the puzzle that will allow Mullin to make a major jump in his fourth year in charge.

Immediately after the news of Heron’s waiver broke, CBS Sports’ Jon Rothstein tweeted, “St. John’s now has the most talented roster in the Big East.” Legendary ESPN commentator Dick Vitale said that with the news, it will be a big year for Mullin.

At St. John’s Media Day on Tuesday, Mullin said that the biggest thing Heron brings to the table is experience.

“He played in big games, played big minutes, played on a great team at Auburn,” Mullin said. “I think his presence each and every day, the way he approaches pratice, his daily routine is important, he is a leader.”

Heron started all 64 games that he appeared in during his time at Auburn. The 6 foot 5 inch combo guard scored a team -leading 16.5 points per game during his sophomore campaign. However, his most important contributions might not come in the scoring department.

Last season, he averaged 5.3 rebounds as a guard. His willingness to rebound should be a key factor, as the glass has been one of the struggles for St. John’s in the past few seasons. Heron’s effort on the glass will be matched by Justin Simon, another  strong rebounding guard, and an improved front court with players like Josh Roberts, Sedee Keita and Marcellus Earlington.

He’s incredibly efficient on the offensive end, connecting on 43 percent of his attempts from inside the arc last season. The southpaw showed he can score in a multitude of ways, whether it be slashing to the basketball or stepping out for deep jumpshots. From behind the arc last season, Heron shot 33 percent. As a team, St. John’s shot 32 percent from three point range last season.

On the defensive end, Heron’s length will certainly be a problem for opposing players.

The Red Storm return most of their core  players from last year, including Shamorie Ponds, Marvin Clark II and Simon. With now eligible players like Keita and Mikey Dixon, in addition to a strong freshmen recruiting class, Mullin has depth that he hasn’t had yet.

At times, Mullin was down to seven scholarship players last season.

According to ESPN’s Jeff Borzello, Assistant Coach Matt Abdelmassih recruited Heron when he was a five-star recruit coming out of Sacred Heart Academy. Borzello continued on to say that Abdelmassih kept strong relationship with Heron’s family during his time at Auburn.

On Tuesday afternoon, Heron was named to the Jerry West Award Preseason Watch List, which goes out to the nation’s top shooting guard. Heron is the only player from the Big East conference to make the award’s preseason watch list.