St. John’s Can Be NYC’s Pride 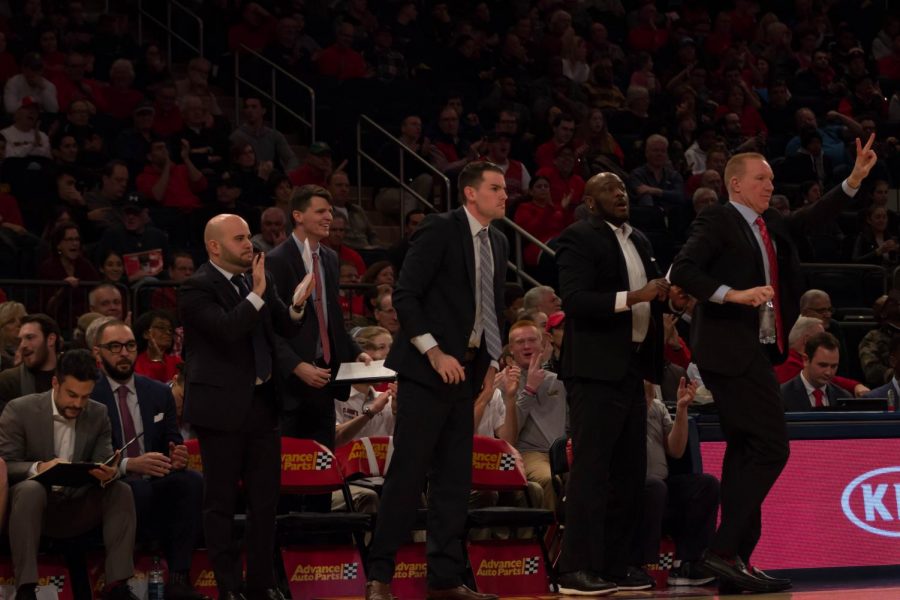 Chris Mullin is on track for a strong season

Ask any New York City sports fan on the street about the state of sports in the New York/New Jersey area and any logical fan should say that they are in a state of disarray.

Sure, there are the New York Yankees, coming off back-to-back playoff appearances while featuring an exciting young core of elite-level talent. But, they were just eliminated from the playoffs and fans have to wait until April for the quest for a 28th World Series championship.

The other teams in New York, quite frankly, aren’t even close. Just to name a few, the Jets  may have their franchise quarterback in Sam Darnold, but they’re very much still in the rebuilding phase. The Knicks and Nets are young and exciting, but also rebuilding. The Mets are coming off another sub -.500 season filled with drama that included batting out of order. The Giants? Yikes.

There’s been a lot of hype about the talent on the roster, but looking only at that is neglecting a major piece of the puzzle.

With a winning season, St. John’s has an opportunity to really increase its brand exposure on a local and national level.

New York City needs a winner this winter. As the football season continues, the New York City fans will have grown tired over the latest installment of the New York Giants soap opera or roster rebuilds. They’ll need something else to turn to, something to boast to their Boston and Philadelphia counterparts.

If the Red Storm gets off to a strong start to the season, it’s not going to be an afterthought for the media outlets in New York City. After a city that has seen a rough patch for their sports, a team led by New York City legend Chris Mullin, should resonate and gain a following that St. John’s has been lacking.

There’s no excuse for Mullin this year. He’s got his guys. The only two players not active this season are David Caraher and Eli Wright. Mullin has a legitimate front-court, a star-studded back court and a more than capable bench.

The attention from the media market will be there, if St. John’s steps up. What will be more newsworthy? Another negative story about one of the professional teams in NYC, or a left-handed player from Brooklyn leading St. John’s to prominent victories? Sound familiar?

The Red Storm landed votes in the AP’s first Top 25 poll released earlier this week. NBC New York’s Bruce Beck was on campus interviewing the players and tweeting about the excitement. ESPN’s Dick Vitale tweeted out that things were in line for a big year in Queens. The media is beginning to take notice.

The few games scheduled for Madison Square Garden suddenly become all the more important. When the lights are the brightest this season, that’s when the Red Storm needs to shine the most. There’s absolutely no question about it, this team has the talent to leave their mark on New York City.  With strong upperclassmen such as Marvin Clark II, Justin Simon and Shamorie Ponds this team has the leadership to avoid falling into the pressures of New York City.

In one of the most crowded media markets in the country filled with professional teams in all of the major leagues, a college basketball team might struggle to find the media attention they need.

Not this year. The stage is set.

To paraphrase the legendary St. John’s Basketball Coach Lou Carnesecca said, all there’s left to do now is perform.