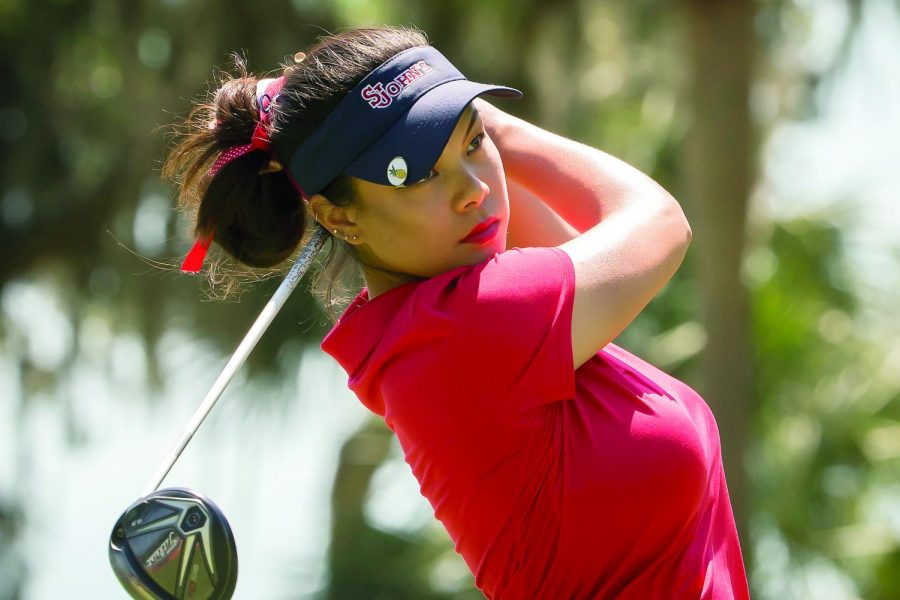 The  St. John’s Women’s Golf team is halfway through their fall play and thus far, the spotlight has fallen on juniors Kaitleen Shee and Linda Wang. Neither of the two have placed outside of the top-15 through two tournaments and a tri-match, bringing the Red Storm to victory over Hofstra and LIU Brooklyn at the Hofstra Invitational, 10th at the Boston College Intercollegiate and 11th at the Yale Women’s Fall Intercollegiate.

At Hofstra, Wang and Shee claimed first and second place, respectively to begin the season. Wang shot for a four-under 68, with Shee right behind her at 73. Wang fired off four birdies in the back nine to finish the day off strongly.

“My putts were really good at Hofstra. I mean, there’s always putts that you wish were better but that round they were mostly good,” Wang said about her hot streak at East Meadow that day.

“So for the Boston Invitational, I felt more comfortable because we had been there before last season so I knew the course and knew what each hole was like,” Wang said.

In the first weekend of October at Yale, Shee showed out for second place with a 212 (one-under) finish while Wang grabbed 14th with a 224. Shee shot for a stunning 67 on her second round, and went for 75 and 70 on her other two.

The duo is growing and maturing as they reach their third year at St. John’s. As they become the veterans of the team, the experience motivates them to take on greater responsibilities and more of a leadership role.

“When we each play, I feel like we all count on one another to play well. I feel like the rest of my team is counting on me when I’m out there, so we always try to play the best we can,” Shee said of her growth and responsibility to her teammates.

“We want to improve every time out there, every season, every round, every shot,” Wang added.

Despite Wang claiming an individual title at the Brown Invitational and Shee claiming one at the Lehigh Invitational, the two hope to bring home a team title before the  fall season ends. As for the winter, they aim to work as hard as they can during the months in which they’ll have to remain in Carnesecca for practice. Shee and Wang want to come into the spring season stronger than ever to push towards the team’s ultimate goal of the year: winning a Big East conference title. If this veteran duo can continue to improve and support one another, it’s an objective that is certainly achievable.