The "King of Queens" is back for his junior season. 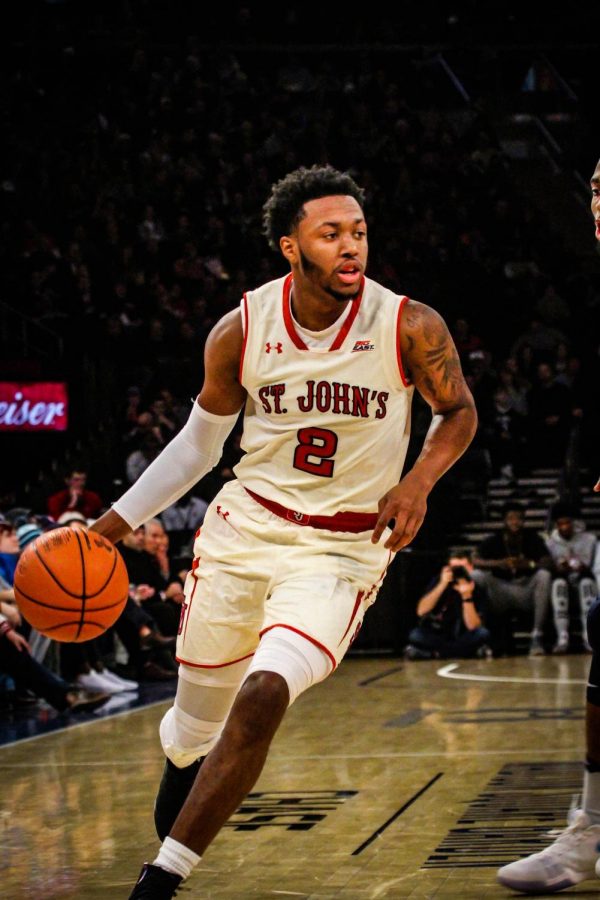 Knocking down jump shots with a silky disposition, a left-handed assassin plays the lead role at Carnesecca Arena this winter. New York born and bred, he’s ingrained himself into a basketball culture that runs deep through the city’s soul. He’s one of St. John’s best, past or present.

Oh, and Chris Mullin will also be around.

All due respect to the Hall of Famer, but Shamorie Ponds is a big deal. He enters his junior year ready to lead a talent-laden roster to face all that the 2018-19 season has in store. But six months ago, his return to Queens was far from certain.

Ponds declared for the NBA Draft in March without hiring an agent, leaving the door open for a return. The then-sophomore guard displayed his skills at NBA workouts, hoping for — and ultimately not receiving —  a draft combine invitation.

By the end of May, he announced his intention to return to St. John’s. Red Storm relief notwithstanding, the process outlined parameters for the Big East’s leading scorer to focus on the upcoming campaign.

“Just work on my body,” Ponds said the pro scouts told him. “Pay attention to the little details. Pretty much, just getting my game better overall.”

Areas to improve upon are hard to spot for a guard who knocks down over 50 percent of his attempts. Above everything, another year in school simply means another chance to refine his skills as a facilitator and leader.

The decision to come back hinged on the pro-level’s evaluation of his athletic development. Now 20-years-old, his physicality will naturally progress toward what is expected at the professional level.

While St. John’s fans awaited word, coaches and players were in a similarly anxious state. Ponds says he didn’t have much contact with the coaching staff during the decision-making process.

“I talked to the guys a little bit,” he said.

Justin Simon was in contact with Ponds over the course of the spring and summer, which he made emphatically clear.

Carefully choosing his words as not to speak on his teammates behalf, the backcourt’s ringer expressed excitement for Ponds’ opportunity.

“I don’t know exactly how he would feel about that process,” Simon said. “I know that’s something he’s always wanted to do.”

“For him to be that close, I know he’s really excited,” he added.

Close to the vest on the details of the decision, both returnees spoke more candidly on the backcourt’s prospects for the season. Ponds cited the “group of guys [we’ve] got now” as a deciding factor in his return, while Simon sung his point guard’s praises.

“Having another guard that can facilitate the ball, initiate the offense, guard another primary ball-handler, that helps me out a lot,” Simon said.

“To have a guard like that, one of the best players in the Big East… that helps,” he continued.

Throw recently-cleared transfer Mustapha Heron into the mix and the Red Storm have a three-headed monster. While all have a unique skill set, Heron adds a physicality and ability to bully his way to the basket, both to score and to rebound.

It’s a talented group, but success will hinge on the left hand of their universally acclaimed point guard.

Soon, Ponds will knock down NBA jumpers. For the time being, the stage of the Big East will have to suffice.

“I feel like I received some accolades, but I feel like I didn’t showcase my winning and that’s what a lot of people want to see,” Ponds said.

“See me lead the team and be a winner.”