Not In Kansas Anymore

Clark II remembers his past as he prepares for the future 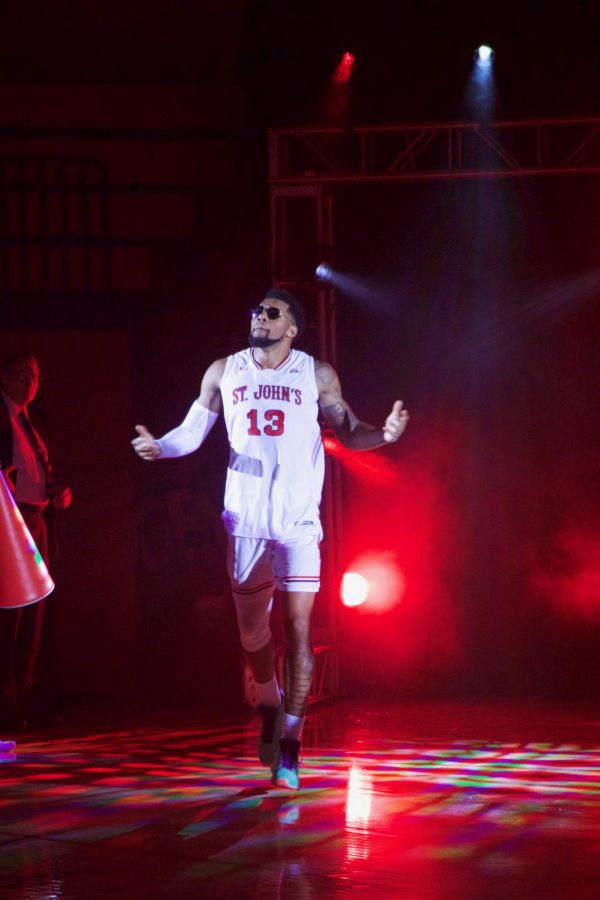 Just off of Interstate 70 in Kansas City, Mo., the blue awning of the Restart Inc. homeless shelter introduces itself from the mud brown hue of the six-story building it occupies. Its top droops out at 918 East Ninth Street, steps from the Kemp playground and five minutes from the Sprint Center downtown.

For 37 years, the organization has served more than 30,000 homeless people, including 11,500 children and youth.

On a brisk Thursday morning, sitting atop a small platform at the World’s Most Famous Arena, 1,400 miles away, Marvin Clark II recalls how he was one of those children.

He can attest to the rats and roaches that infested the facility. He knows how crime-ravaged the area was and how many of his friends succumbed to the harsh lifestyle. Those who grew up on streets numbered with “50s” were gang rivals with members of the “30s.” If paths were crossed, lives were lost.

“I know of a lot of people that I grew up with that took the easy route,” Clark II said. “They dove into the streets. They dove into what was cool. I knew early on that wasn’t the path I wanted to go down. I knew it would take hard work if I wanted to get out of there.”

As he sits in a chair a few feet from the rims he rocked during his junior campaign – one in which he averaged 12.5 points and 4.7 rebounds per game – Clark II leans back and smiles. He raises his southpaw shooting arm before resting his hand on his head.

On his bicep and underneath the sleeve of his suit, he teases his “816” Kansas City area code and Chiefs’ logo tattoos. It’s a commemoration to the “Show Me State” that Clark II loves, the same one in which he saw his mother beaten by men as he and his siblings helplessly watched in horror.

The oldest of six, Clark II tries to show his brothers and sisters each day that anybody can fall into the temptations of the life that surrounded them. He knows it’s not easy. He experienced it firsthand.

When he was three years old, Clark II’s dad died of a heart attack. As he and his mother, Donette Collins-Miller, prepared to pay their respects at the open casket funeral, Clark II did not grasp the magnitude of the situation. He went to the casket, saw his father and tried to climb in to wake him up.

Everybody at the service began to cry.

“Anything that’s worth doing is going to come with some difficulty and adversity,” he said. “I was blessed with realizing that early on.”

He transferred schools almost every semester. He describes his homelessness as “in and out,” saying he was never stable. Sports, he said, helped him channel the negative anger that built inside of him to cope, to vent.

With hardship serving as much of the backbone for Clark II’s early life, he turned his focus to basketball. He shined at Sunrise Christian Academy, averaging 20 points and nine rebounds in his senior year under Head Coach Luke Barnwell. He signed his letter of intent to play at Michigan State in April 2014, playing under Hall of Famer Tom Izzo for two seasons.

“I learned a lot from Izzo,” Clark II said. “I came to this conference and had to learn as far as being a big time player. Now I’m ready to plug that in and focus on winning.”

Now in the Big East, Clark II understands the significance of this season. Transfer guard Mustapha Heron is paired with conference Preseason Player of the Year Shamorie Ponds to form one of the country’s scariest backcourts. Justin Simon is back after a strong season, and big man Sedee Keita looks to clog the paint as a true center.

Clark II says the time to win is now. He has the experience. He put in the work over the summer.

“It’s about maximizing my potential,” Clark II said. “Maximizing the time I put in the gym. Now, I feel like I know what it takes.”

At Tip-Off, the annual basketball celebration that takes place before the start of the season, Clark II took the microphone to address the fans in attendance. He made a declaration with conviction in his voice, a sight veiled by his mild-mannered personality.

He promised that the Red Storm wouldn’t disappoint this season. They’ve received Top-25 votes. Two players are on national award watch lists. Simon is a candidate for the All-Big East Second Team. And for the first time in a while, New York’s team may be the one to rock the Garden and Carnesecca Arena once again.

On the school’s website, Clark II lists LeBron James as his favorite athlete. Dwyane Wade, one of James’ former teammates and one of his best friends, announced that his retirement will come at the end of the year and dubbed this season “One Last Dance.”

When asked if he also had a motto for his final year in Queens, Clark II couldn’t come up with one. He thought for a while, smiled and instead took the time to acknowledge the team he has around him.

“We have a great addition in [Mustapha],” Clark II said. “He has experience. Shamorie and Justin too. We’ve grown together. When Shamorie was a freshman, it was my first year here. We’re like the last three here from his class. With Mustapha, us four playing unselfishly and playing team basketball defensively will help us get over that hump and win games this year.”

Ponds described Clark II as the leader of the team, one who has led by example since his first day on campus. Despite sitting out a season due to NCAA transfer eligibility rules, Clark II could be seen walking the court encouraging his teammates. On the bench, he was a vocal leader, and nothing has changed.

“He’s pretty much our main piece,” Ponds said. “He directs everything. He’s the big brother to everybody. If he has an off day, everybody will probably have an off day.”

Simon, who transferred from Arizona the same year Clark II came from East Lansing, echoed Ponds, calling Clark a big brother and a person he looks up to.

“Our relationship as a whole has been wonderful,” Simon said. “Leading these guys and building the culture and seeing the development of the program has been big. Sharing moments like that with him is huge.”

The group is tight knit, a band of brothers at their home away from home. Clark II said that he played a slew of positions in football, saying he would put Ponds at safety.

During a February matchup with Seton Hall at the Garden, Simon inbounded the ball to Clark along the baseline. Clark II took two dribbles, knocked his defender to the ground and passed it back to Simon, who took two dribbles toward the free throw line and returned the favor.

Controlled and tranquil, Clark II pump faked, leaving Ismael Sanogo in the dust and rose for a tomahawk slam.

He hit the ground, clenched his fists and let out a booming yell, bruising the rim and amplifying the gym.

The sequence is reminiscent of his life back in the 816. The back and forth. The constant motion. One decision to the next in a split second. For 24 years, he has prepared for this moment, one of the biggest of his life.

“Looking back on the years, this is the last place I thought I would be,” he said. “At an early age, I knew what sacrifice was. Being here now is crazy. I’m proud of it, but I won’t be too proud until I accomplish what I came here to do, and that’s to bring this program back to prominence.”

His last message to the St. John’s fans before the season begins is to simply stay tuned and stay excited. “Enjoy the fruits of your labor,” he said.

The fans deserve a team to root for. They’ve waited long enough, and he believes this is the year that New York’s team will win the city over.

Clark II never forgets the good and bad, remembering everything about his past: Restart Inc., the streets, the two legends he has had the honor of playing for, his family back home and his teammates.

Before getting up to take media pictures and flash his signature smile, Clark II stops for a moment. Suddenly, he remembers.