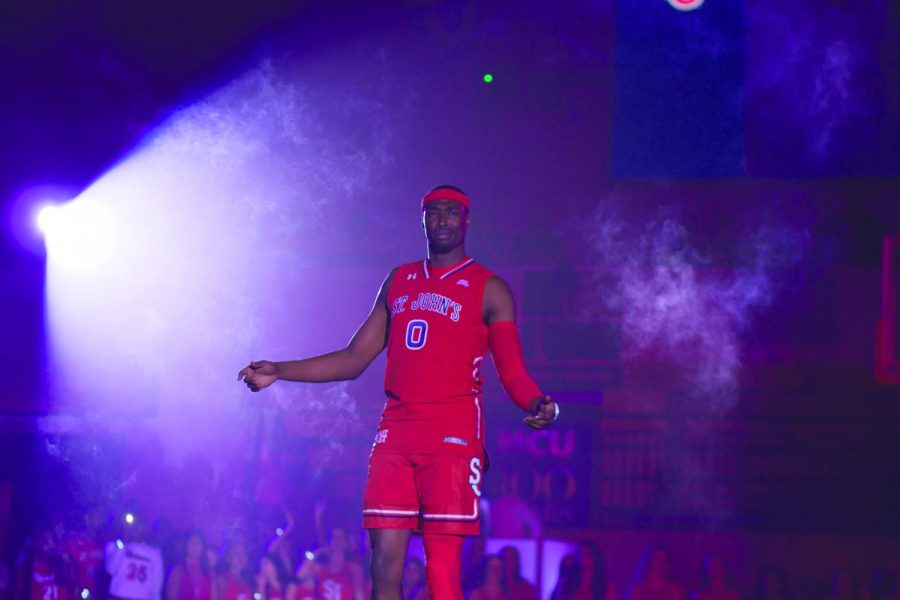 Sedee Keita and Mikey Dixon are not only two new additions to the St. John’s Men’s Basketball team’s starting lineup but two big factors to the team’s success plan this year. Sedee Keita, a Philadelphia native, who played in South Carolina his freshman year and Mikey Dixon, a Delaware native, who played at Quinnipiac his freshman year had to redshirt last year due to transfer eligibility rules.

Keita is seen to be a huge factor to the Johnnie’s defense, recording 11 blocks his freshman year even though he only averaged 10 minutes a game. On the other hand, Dixon comes to help the back court immensely this year, averaging 16.5 points per game his freshman year. Sedee says he sees himself being a great communicator for the team.

Dixon believes he will be able to contribute to the play makings. They both believe that the accomplishments for them individually is just being able to carry the team to a Big East championship. Some challenges that they both believe they will encounter is being able to shake the rust off from sitting out a year, especially Keita, who won’t be used to playing as many minutes as he is expected to play this season.

However, the year off has helped both of them be able to see the play-by- plays of other teams from another view point. Of course, they’re set and inspired to play due to the support of their family, which helps them get through everything both on and off the field. “It’s all about time management. My mother always told me that you can always handle anything in any situation as long as you have time management skills,” Dixon said.

When asked how they got over their pre-game jitters, Keita answered, “I don’t get game jitters. I believe preparation helps you get through everything.”

Chris Mullin had a few comments during the press conference about these two players, saying that “Sedee is going to be big offensively and defensively. He knows how to contain the ball. He helps make the team overall better defensively. And Mikey, he’s a good scorer. He will help a lot offensively.”

Both are  excited to start the season and show off their skills. Among the teams they’re expected to play against this season, Dixon is excited to play every and anybody because of the lack of play last year.

Keita has a few teams in mind that he wants to show that he’s better than expected. “I’m excited to play Villanova and hopefully Temple because I’m from Philly. I just want to play all the schools that recruited me because I have something against them. I want them to see what they missed out.”

Overall, this should be an interesting season with these two joining the line-up. We’re told to expect big plays between Keita and Ponds, many high scoring games and lots  of dunks and tricks.