The sophomore looks to build on promising finish 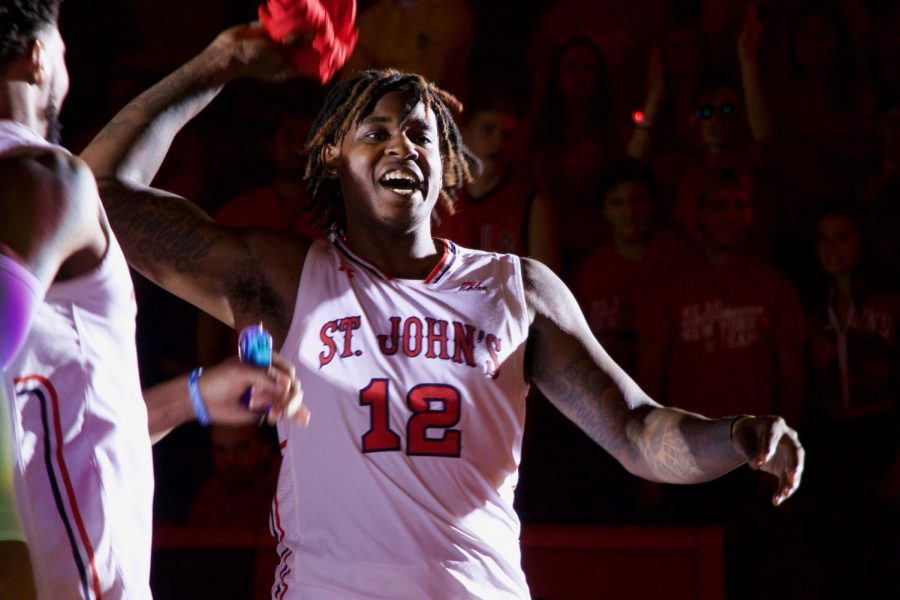 As fall slowly turns into winter, the environment around St. John’s changes as the seasons transition.

With this progression, we are reminded of the transformations that the Red Storm are making everyday as they prepare for the start of the season.

For sophomore shooting guard Bryan Trimble Jr., however, his evolution started in the summer of 2017 when he arrived in Queens.

Coming out of high school, Trimble was ranked 59th among shooting guards in the country and sixth in the state of Missouri. He also played on MoKan Elite, a Nike EYBL team that also featured Michael Porter Jr., the top-ranked high school recruit in the class of 2017.

Although Trimble was an elite player coming out of high school, transitioning to college wasn’t easy, as he had to adjust to the change of pace as well as the mental demands that came with it.

“Mental, physicality and bringing it everyday [was] the biggest transition,” Trimble said as he discussed his transition from high school to college.

In Trimble’s first season at St. John’s, he received a lot of minutes off the bench and provided a spark with his ability to shoot from three-point land with ease. As the year progressed, Trimble received more minutes as he began to settle into his role.

“I just really locked in more,” Trimble said about the improvement later in the season.

“I really understood that there’s gonna be ups and downs.”

His best game of the season came on the road against Marquette in February, where he dropped 19 points and shot 71 percent from three. Trimble also contributed to the Red Storm’s win over Georgetown in the Big East Tournament, pouring in seven points in 15 minutes of play.

Trimble said that his improved mentality was one of the main reasons why he was able to perform well in these games.

“Just wanting to be better, knowing that I am better,” Trimble said. “Just bringing it.”

Over the summer, Trimble brought this mindset to his offseason preparations. His hunger for a better season and his work ethic certainly didn’t go unnoticed by Chris Mullin and his coaching staff.

“He took the summer and dedicated himself to fitness and has gotten himself into good shape,” Mullin said.

“I think with that he’s shown himself as a whole new dimension to his game that he’s exploring now that wasn’t there.”

This offseason, Trimble worked on trying to develop more facets of his game. He worked on his playmaking, as well as his ability to create for his teammates and not just for himself.

“Coming off screens a lot more, on and off the ball,” Trimble said. “And just becoming a better player defensively and offensively.”

As for how confident he is in his game, Trimble answered simply.

“I put the work in all summer,” he said.

In his second season at St. John’s, Trimble will most likely be coming off the bench, again providing a necessary spark from beyond the arc when his team needs it.

“He’ll have a big impact because we’re really gonna try and use our bench as much as possible,” Mullin said. “Not only just to give us a punch, but to keep everybody fresh.”

Trimble’s hard work and determination have paid off, as he has become the go-to-guy off the bench for Mullin.

His mental strength and perseverance have transformed him into the player he is today.