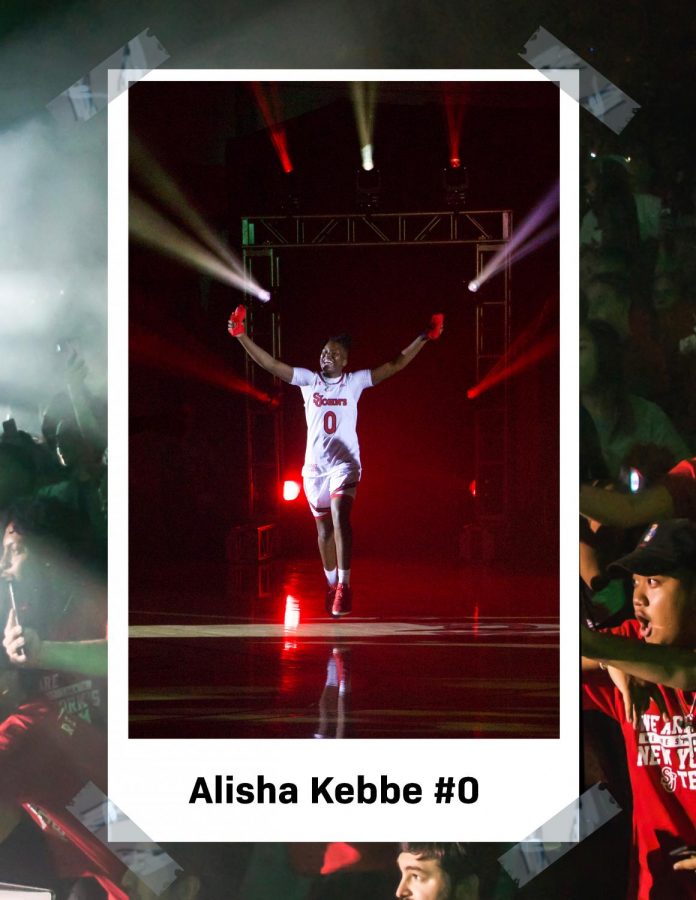 For junior Alisha Kebbe, leadership is something that seems to come naturally. As an upperclassman, Kebbe looks to be a strong leader for the Red Storm this season as they pursue a potential postseason run.

“As an upperclassman, I became more positive because of my experiences. All the games, tough times and adversity, I’ve been through it all,” Kebbe said at Big East Media Day in October.

“It’s my job to spread those experiences to help my younger teammates and maintain a positive attitude for them,” she added.

During her freshman season, Kebbe shined as she was named to the Big East All-Freshman Team while  starting in 32 games.

Her best game that year came against Seton Hall, where she dropped a season high 17 points against the Pirates.

Last season, Kebbe started in 30 games and averaged 9.8 points per game. Kebbe scored in double figures 18 times last season and led the Red Storm in scoring in eight different games. In the postseason, Kebbe helped the Red Storm defeat Duquesne in the round of 16 by dropping 16 points, while shooting 5-for-11 from the court.

Kebbe was also named to the All-Met Writers Association Third Team, which is something she takes pride in.

“I think it was [a] really good honor, you know a lot of times some people get overlooked,” Kebbe said. “I really felt like [the committee] noticed the little things that I do.”

For this upcoming season, Kebbe looks to pick up where she left off last year.

“I feel like for this year, it’s my job to do more for my team and for the league,” she said.

In her time at St. John’s, Kebbe has helped tremendously with rebounding. In her freshman season, she averaged 4.4 rebounds a game and grabbed a season high of 10 rebounds against Rutgers’ Scarlet Knights. Last season, Kebbe was second on the team in rebounds with 99 and led the Red Storm in rebounding on two different occasions.

“Rebounding, it just comes naturally to me,” Kebbe said. “I do work on it more, like knowing where to be on the court to [be] in a good rebounding position.”

Kebbe was also the team leader in free-throw percentage last year with an impressive 84.7 percent from the line.

Kebbe’s success from the charity stripe is partially due to the routine she has after practice.

“I shoot 25 free throws after every practice,” Kebbe said.

This after-practice ritual has been something that she has done since she arrived at St. John’s her freshman year.

“I always stay after practice and put extra shots up to improve,” Kebbe said.

Kebbe’s success at St. John’s is also due to the coaching staff, who have helped her become not only a better player but a better person.

“He [Tartamella] keeps me sane,” Kebe said. “He keeps me level-headed and focused.”