The NCAA found that there were rule violations in the St. John's Volleyball program. 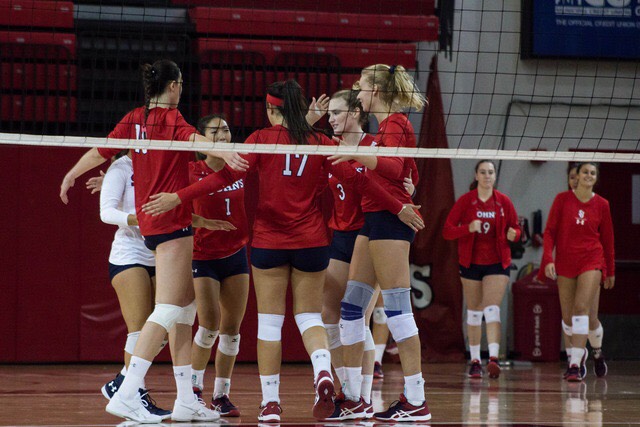 The NCAA released a list of punishments Thursday morning against the St. John's Volleyball team.

A decision from the NCAA’s Public Infractions Committee, which was released  Thursday morning, revealed recruiting violations and impermissible benefits given to student-athletes on the St. John’s Women’s Volleyball team.

The report, which is available on the NCAA’s website, found that Head Coach Joanne Persico arranged for a prospect to “live off-campus with enrolled student-athletes, provided and arranged transportation to off-campus testing sites,” as well as providing academic assistance.

Additionally, the report found that Persico had given two student-athletes tickets to different events, a professional basketball game and a Broadway show, that the NCAA didn’t consider to be “in conjunction with practice and competition.” The tickets for the basketball game were estimated to be $120 while the estimated value of the Broadway ticket was $57.

The report says that SJU had been aware of the potential problems in this situation and began an investigation in early 2017 and self-reported the issue to the NCAA in May.

The school’s volleyball program was given the following penalties, according to the report:

Two years of probation from Dec. 20, 2018 through Dec. 19, 2020
One less scholarship for the 2017-18 season (self-imposed)
Five percent reduction in women’s volleyball scholarships?
A two week ban on off-campus recruiting
$10,000 fine
Coach Persico will have to attend an NCAA Rules Seminar

The committee noted that when Persico participated or directed the activities, “she showed that rules compliance was not of foremost consideration as she administered the program.”

The report continues to state that “by directing her subordinates to commit rules violations, the head coach failed to meet her responsibilities.”

St. John’s and Persico agreed to accept the penalties.

The Torch reached out to the St. John’s Athletic Communications office for comment on Thursday but hasn’t received a response.

This story is ongoing and will be updated with more information.