Late Surge from Villanova Pushes them past #24 St. John’s 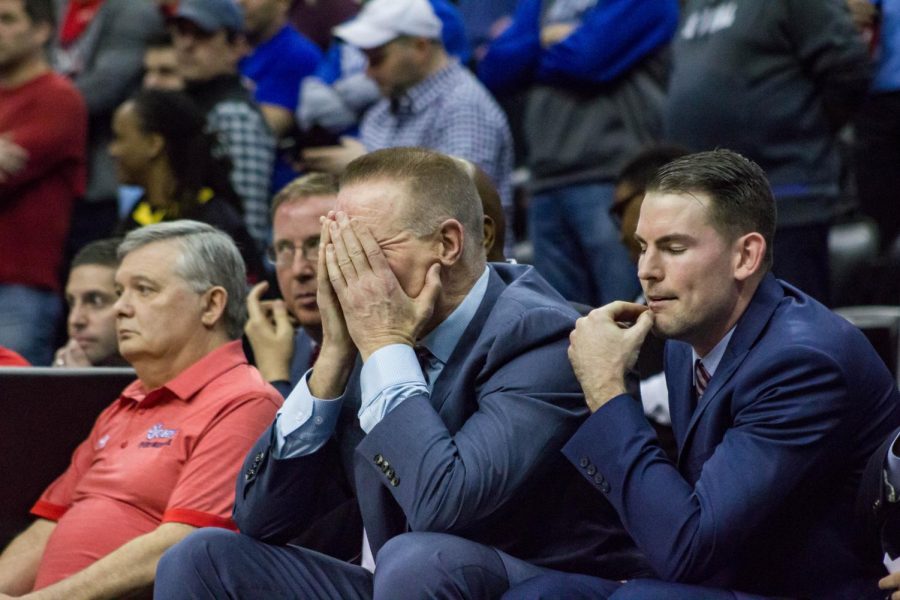 Despite a roaring start from St. John’s, Villanova used a late game surge led by Phil Booth to down #24 St. John’s, 76-71, Tuesday night at the Finneran Pavilion.

Booth, with his 23 points, and Eric Paschall, who contributed 25 points, led the Wildcats as they avenged last season’s home loss to the Johnnies with Tuesday night’s victory.

With the game still in the balance and the Wildcats trailing, Booth hit two clutch three-pointers to put Villanova up 68-67, a lead that they would not surrender, with just under two minutes to play.

The Wildcats out-rebounded the Red Storm by a margin of 39-28, and came up with a few key offensive rebounds, including one in the closing stages of the game, that prevented St. John’s from taking back the lead.

St. John’s came out of the gates clicking on all cylinders, jumping out to a 14-2 lead, but the Wildcats wouldn’t go away easily and found themselves only down five at the break. St. John’s held the advantage and continued their impressive showing into the second half, leading by as many as 13 points before Villanova’s comeback began.

The Johnnies held off the surge from the Wildcats well initially, but fell into a state of stagnant offense down the stretch of the game. St. John’s only converted on one of their last nine field goal attempts to close out regulation.

Shamorie Ponds led the way with 25 points for the Red Storm. Justin Simon and LJ Figueroa also contributed double-digit numbers on the night, with 13 and 14 points respectively.

Head Coach Chris Mullin only used a seven-man rotation on Tuesday night. Even with the seven-man rotation, Sedee Keita only played five minutes. Freshman guard Greg Williams, who had seen some increases in playing time, didn’t see the floor in the loss.

The offense for the Red Storm looked crisp for the first 35 minutes, as the team only turned the ball over eight times and had 17 assists on the team’s 26 made field goals.

However, St. John’s fell in love with the three-ball and didn’t penetrate the lane too much. As a team, they only shot eight free throws on the night, and seven of them were taken by Ponds.

St. John’s will have a chance to potentially keep themselves in the AP Top 25 Poll with a game at home against DePaul on Saturday.