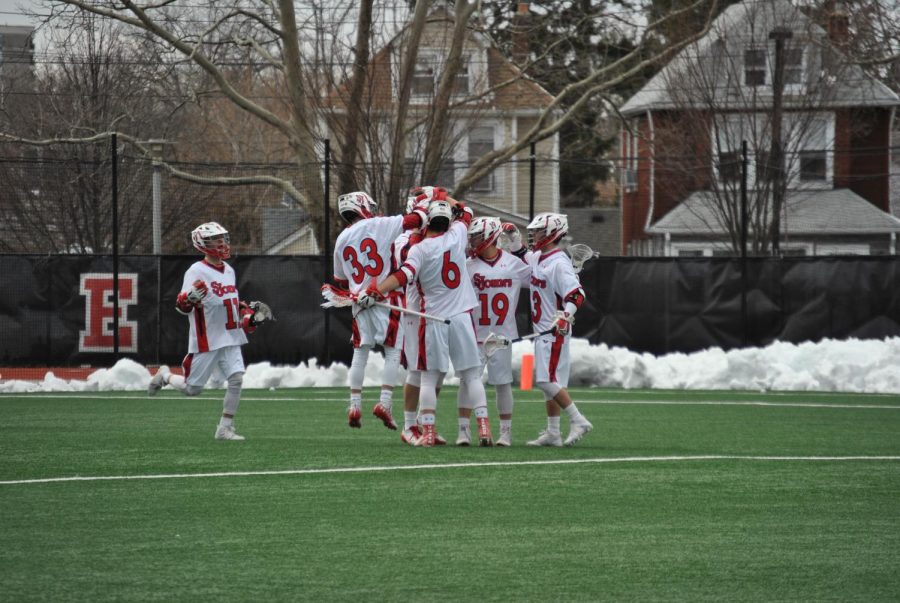 The 2019 St. John’s Men’s Lacrosse season will kick off on Feb. 9 when Rutgers comes into Queens, but as the players and coaches trudge out to DaSilva Field for practice in the frigid winter temperatures, their minds remain on the practice at hand.

After a few seasons that yielded wins sparingly, the Johnnies bounced back in 2018 going 6-8, while taking some highly ranked teams to the very end of close games. In 2019, their focus is on the day-to-day work that will establish rock solid habits and hopefully keep the momentum of winning culture moving forward.

“I think the biggest reason that we had more success last year was the players holding themselves to a higher standard, a higher degree of accountability, being better teammates, differentiating between being a teammate and being a friend, and understanding that there’s a difference there. I think if I had to pick one thing that was the reason we won a few more games last year I would say that is definitely it,” Head Coach Jason Miller told the Torch.

Coach Miller’s thoughts seemed to be centered around one idea in particular: Setting the standard of the team’s work ethic high. He wants his team to focus on what they are all putting into practice everyday, rather than dreaming of success at the end of games or the end of the season.

“They have to commit to the process, understand that what we put into it will yield what we get out of it. We can’t really focus on results but what we’re doing day in and day out and setting the best standards that we can, the best work ethic that we can everyday,” Coach Miller elaborated.

The Red Storm took some of the country’s elite collegiate lacrosse teams to the bitter end last year, losing to 10th ranked UNC by just one goal at Chapel Hill and 16th ranked Villanova by two at home, while stealing a win against 19th ranked Hofstra. They lost to Stony Brook by just two last season. They suffered a narrow loss in overtime to Big East rival, Marquette. The heart-wrenchingly close games became a pattern over the last year, but Coach Miller wants that to be the difference in 2019.

“We’re going to need the guys to be frustrated about being close. No one really likes being close and we felt like the difference between a couple games under .500 or a couple games over .500 is a very small margin. But if we’re going to do anything about that, then I think the guys really have to be convinced of the fact that being close is no fun. So, if we can put all of those things together, if we can stay healthy, that we should hopefully be in a position to get over the hump,” he asserted.

The schedule this season can’t be called forgiving, either. They are set to play a few preseason ranked squads including No. 12 Rutgers, No. 20 Michigan, No. 8 Denver and No. 18 Georgetown. The Johnnies know they can compete with anyone throughout a game, but part of what Coach Miller will urge his players to do come gameday is to finish off the games that go down to the wire.

This team is confident. They want to achieve a winning record and succeed in postseason play. They believe they can do just that. But for now, as Coach Miller says, they are honed in on giving it their all every practice and constantly working to improve.