Johnnies Swept by #3 UCLA to Open their Season 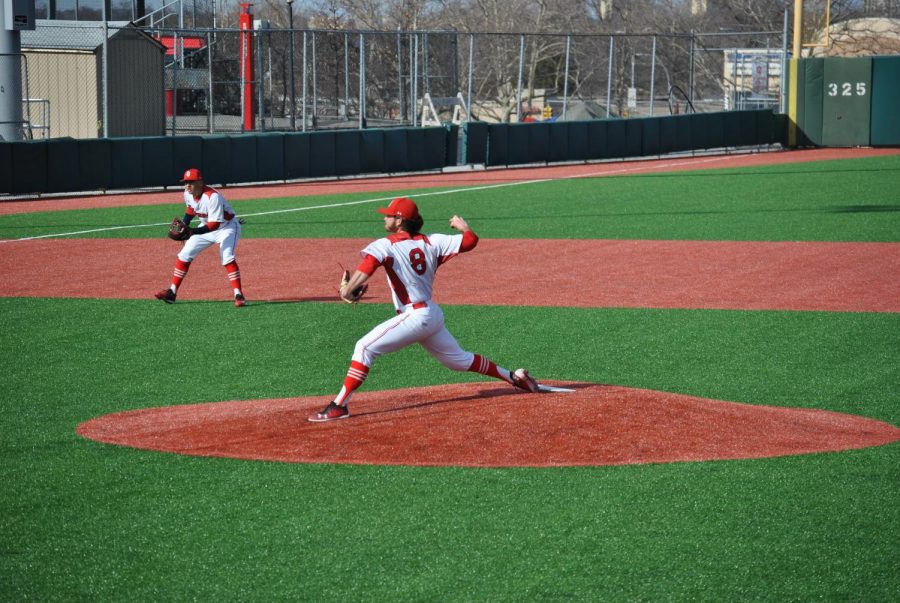 Sean Mooney had a strong season debut, but the Johnnies ultimately fell to UCLA.

No. 3 UCLA swept the Red Storm at Jackie Robinson Stadium over the weekend. St. John’s mustered three runs in the season-opening set, scoring just once after the sixth inning on Friday.

The numbers don’t leave much to the imagination. Johnnie hitters had one extra-base hit and worked five walks in the three games. Bruins pitchers struck out 41 batters and the bullpen held the visitors to one hit in 9 ⅓ shutout innings.

Small-ball worked sporadically in the series opener. Leadoff hitter Mike Antico, one of  a few holdovers from the 2018 lineup, reached on catcher’s interference to start the fourth inning. He stole second before Carson Bartels looked at strike three and took third before Wyatt Mascarella swung at strike three. The season’s painstaking first run crossed the plate on a two-out single from transfer Mitchell Henshaw.

The lone run was almost enough for junior ace Sean Mooney. The right-hander cruised through his first five innings, scattering three hits and striking out seven. The Red Storm added one more in the top half of the sixth, and Mooney worked around a leadoff single in the bottom of the frame to retire the next two Bruins before taking his exit.

Coach Ed Blankmeyer turned to his bullpen with lefty Garrett Mitchell due up for the Bruins. Left-handed reliever Turner French was called upon, but UCLA Coach John Savage countered with right-handed pinch hitter Jake Pries. Savage won the battle of wits when Pries tripled, cutting the St. John’s lead to 2-1.

UCLA manufactured runs of their own in the seventh. A bunt hit, a sacrifice, a walk, and (curiously, another) catcher’s interference loaded the bases with one out. Red Storm reliever Nick Mondak struggled to find the zone, walking in both the tying and go-ahead runs before wiggling his way out of any further damage.

St. John’s bats went down quietly in the eighth and ninth. UCLA held on for a 3-2 win, and the Red Storm rarely sniffed competition for the rest of the weekend.

Saturday’s starter Jeff Belge had all sorts of trouble commanding the zone. He allowed four runs on three extra-base hits in the second, and was yanked when he walked the first three batters in the fourth. The offense was held hitless for the final five innings and UCLA cruised to a 9-0 victory.

The Johnnies hung around for most of Sunday afternoon’s finale. A momentarily revitalized offense scored in the third when shortstop Rudy Aguilar doubled home the game’s first run. Another St. John’s threat with a runner in scoring position was turned aside in the sixth. The bats stayed stagnant through the middle innings.

Lefty Joe Lasorsa, used primarily as a multi-inning reliever in his first two collegiate seasons, was given the start. He struck out seven in five innings, but runners reached in each frame. He was removed with the Red Storm down 4-1.

Little offensive support had the Johnnies wobbling through six. The wheels finally came off in the seventh. St. John’s committed their fourth and fifth errors of the ballgame, opening the door for seven more Bruins runs (six unearned).

UCLA fended off the defending Big East champs with ease, 11-1 on Sunday for the clean sweep.

Taste of the unpleasant start will only linger through the week. St. John’s is back in action this weekend. They travel down to Cullowhee, N.C. to visit Western Carolina starting on Friday.