Head Coach Chris Mullin Stepping Down Per A School Release

The reports are followed by recruit Nate Tabor allegedly decommitting. 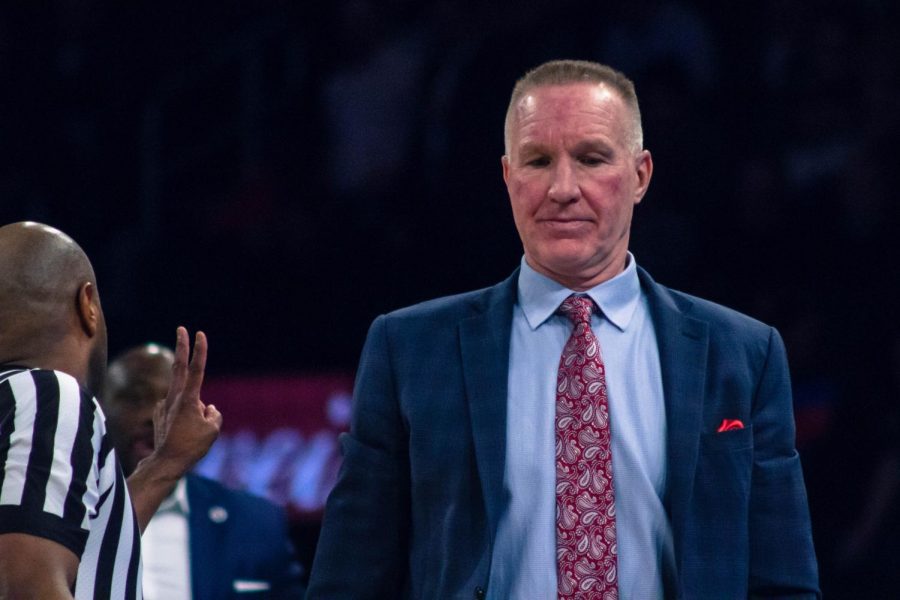 More than four years to the day that St. John’s Head Coach Chris Mullin was hired, it was reported that the former St. John’s star is stepping down from his position per a tweet from CBS college basketball insider Jon Rothstein on Monday night. University officials then confirmed the report later on Tuesday afternoon with a press release.

In the press release Mullin said, “This has been an extremely emotional decision, but after a recent personal loss, I took time to reflect upon my true values and believe this is the right time to make a change.” He continued saying, “I am extremely grateful to the administration, which has supported me and our basketball program on every level.”

Another press release was sent with comments from both Athletic Director Mike Cragg and University President Conrado “Bobby” Gempesaw.

“Coach Mullin restored excitement to our men’s basketball program and represented St. John’s in a positive way,” Cragg said. “We thank Coach Mullin and his staff for their commitment to running a program that we can all be proud of,” he concluded.

In his tenure at St. John’s, Mullin coached the Red Storm to a sub par 59-73 record which included a first four loss to Arizona State at the NCAA tournament this year. Although this past season was arguably the best season for Mullin and his staff, the few weeks following the season’s end have not been too kind, as Shamorie Ponds announced that he was leaving for the NBA Draft and Assistant Coach Matt Abdelmassih announced that he will be leaving to join Fred Hoiberg at the University of Nebraska.

Although Ponds’ decision to enter the draft was conceivable, Abdelmassih’s departure was not expected. During the Mullin tenure, Abdelmassih was in charge of most of the recruiting duties and was responsible for landing key transfers like Marvin Clark II and Justin Simon. Along with Abdelmassih leaving came the announcement on Friday that Cam Mack, a highly regarded junior college transfer who commited to St. John’s November  2018, asked for a release; further suggesting the influence Abdelmassih had on the program.

Later Monday night it was also announced that Nate Tabor, a four star recruit from Waterbury Connecticut, also decommitted per Evan Daniels of 247 Sports. Tabor committed to St. John’s on January 2nd and was recruited by Abdelmassih.

With the departure of both Abdelmassih and Mack last week, St. John’s fans voiced their displeasure with Mullin and his staff on twitter. However, to counteract any negativity towards Mullin, St. John’s Athletic Director Mike Cragg said in a statement, “Let me be clear and I said from the start, Coach Mullin is our head coach and we are not looking for another head coach.”

With Mullin leaving, Cragg would now have to scramble to find a new head coach. Multiple college basketball analysts have speculated that Bobby Hurley, the former Duke star and current Arizona State head coach, is on the St. John’s radar. Hurley boasts a 115-78 overall coaching record at Arizona State and Buffalo, including three NCAA Tournament bids. Hurley also led the Sun Devils to a 74-65 win over the Red Storm this season in the NCAA Tournament.

“Our search for the 21st head coach in the storied history of our basketball program is underway,” Cragg said in a press release. “We are committed to building a championship level program, so we will aggressively search for an experienced coach capable of running a high-level Division I team in New York City, someone who is ready to build upon the recent successes of our program with integrity by recruiting young men of high character.”

In the coming days, more will be divulged about Mullin resigning as head coach from the school he once helped bring to prominence in the college basketball world. For now, St. John’s fans are left to wonder what went wrong and of course, what’s next?