Players Leave After Mullin Steps Down 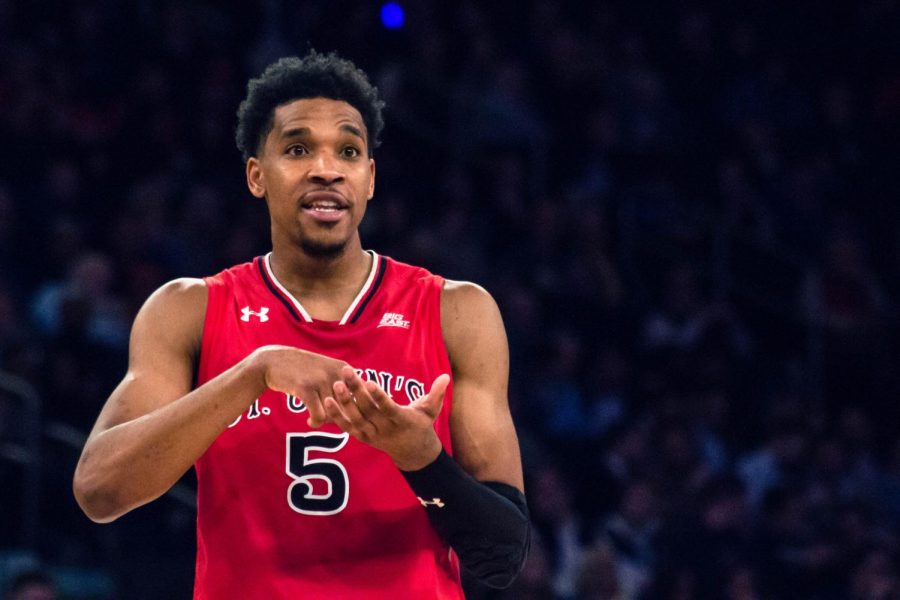 Justin Simon entered his name into the NBA Draft.

When the St. John’s Red Storm was eliminated from the NCAA Tournament after losing to Arizona State in a first four game, many were confident that a Red Storm return next March could be possible with a solid core of players who were expected to return next season.

That, however, was three weeks ago. Since then, an unfortunate sequence of events that not even Nostradamus could’ve predicted has transpired in Queens, leaving the Red Storm with only eight scholarship players, zero committed recruits for next year and no clear coaching staff.

The first player to leave St. John’s was Shamorie Ponds, the Red Storm’s rock for the past three years. The news of Ponds leaving wasn’t shocking, since the 6-foot-1 guard from Brooklyn tested NBA Draft waters last summer. Coming into the 2018-19 season it was almost a given that Ponds would leave for the draft at its conclusion.

A few days later, Assistant Coach and arguably the best recruiter on the St. John’s staff, Matt Abdelmassih, announced that he would be leaving to join the coaching staff at the University of Nebraska. The news was disappointing, since Abdelmassih is credited with recruiting a handful of talented players including Justin Simon and Marvin Clark II, who both transferred to St. John’s and became important fixtures for the Red Storm’s successful 2018-19 season.

A few days later, junior college prospect Cam Mack announced that he decommitted, showing that Abdelmassih was able to build a strong bond with recruits. Mack averaged 19.1 points per game this past season at Salt Lake Community College and was expected to play a big role for the Red Storm next season.

Last Monday, it was reported that Head Coach Chris Mullin would be stepping down, which prompted four-star recruit Nate Tabor to decommit later that night. The news of Mullin stepping down was then confirmed on Tuesday in a statement released by the University. With the uncertainty surrounding the coaching situation, it was reported that some players may be looking to transfer or seek other options.

The first to leave was Bryan Trimble Jr., who announced that he would be transfering via Instagram saying, “after discussing my future with my family, we have decided that it is best that I transfer from St. John’s University.”

Later that day, Simon announced that he would enter his name into the 2019 NBA Draft and would sign with an agent, ending his career at St. John’s. Simon signed with RZA Sports, a company that handles both NBA and international players.

In a post on Instagram, Simon thanked both the staff at St. John’s and the fans saying, “St. John’s will always have a special place in my heart.”

On Wednesday, it was announced that Valdir Manuel, another JuCo transfer,  decommitted from St. John’s. Manuel had previously committed to both St. Joseph’s and Seton Hall before committing to St. John’s in December 2018. Manuel averaged 13.3 points per game and 10.1 rebounds per game this past season at Harcum College in New Jersey. His size and strength down low was just what the Red Storm needed, with Clark II graduating.

The final player to leave last week was LJ Figueroa, who averaged 14.4 points per game in his first season at St. John’s. Although Figueroa did enter his name into the transfer portal, Zach Braziller of the New York Post reported that Figueroa’s advisor Alex Arias said, “St. John’s is very much in the picture but he wants to weigh all his options.”

With more players waiting to see who becomes the next St. John’s head coach before making a decision on whether to stay or leave, the future of St. John’s men’s basketball team is unknown.

With more players waiting to see who becomes the next St. John’s head coach before making a decision on whether to stay or leave, the future of St. John’s basketball is unknown.