From Pup to Big Dog: Cody Shines As A Freshman 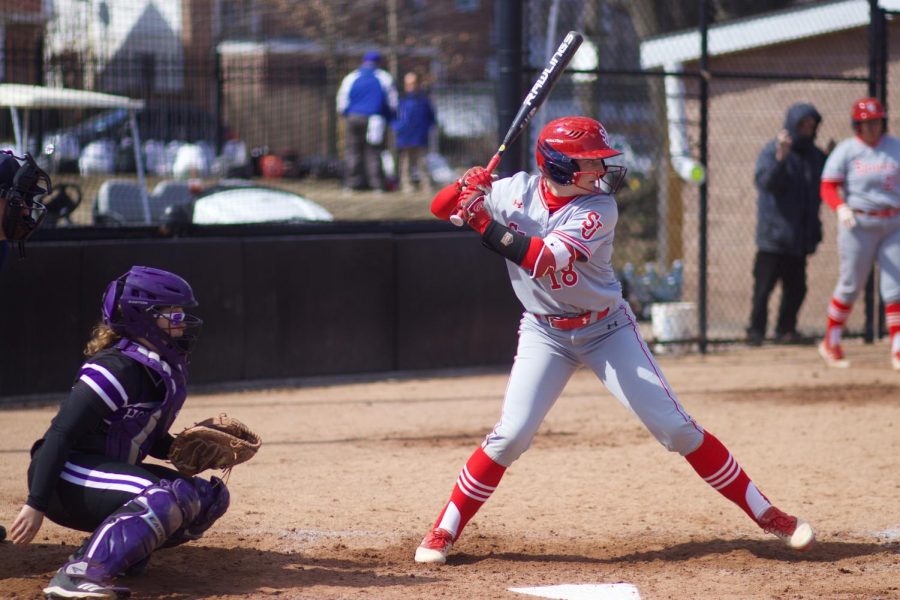 Peyton Cody has made a name for herself as a freshman on the St. John’s Softball team.

Don’t take an eye off a puppy. Look away for too long, and it might grow up; or it might break something.

Peyton Cody was, by her own admission, “clumsy.” She’d stumble around California softball fields, growing too fast for coordination to keep up. The local moms saw her akin to a young canine and, from age 10, the nickname stuck.

Nearly a decade later, she’s still the Pup. But she’s also — wait for it — the “Big Dog on the St. John’s softball team.

Second on the team in batting (.384) and slugging (.632), the freshman is among the top first-years in all of Division I. She’s split time behind the dish with former Big East first-teamer Kaitlin Mattera, alternating between catcher and designated hitter with the junior.

Before having seen her play a collegiate inning, Coach Bob Guerriero noted Cody’s “winning attitude.” He put her in the starting lineup, at catcher, for the team’s first game has its’ southern swing in February. Her name’s been penciled in every lineup card since the team returned to Queens in March.

She told the Torch a little bit about her meteoric rise.

[some parts edited for length and clarity]

TORCH: What has been the biggest challenge in adjusting to D-I college pitching at the plate?

CODY: “The biggest challenge I’ve faced at the plate is being able to hit greater movement. The ball spins more, breaks more, and is ultimately harder to hit. I’ve learned to take advantage of missed pitches. If a pitcher misses their spot and doesn’t spin the ball as much, I take advantage of it.”

T: What about defensively?

C: “The biggest challenge I face behind the plate is the pace of the game. The game is faster than before and I’ve learned if I’m not focused every pitch, it will make me pay for it.”

T: What’s your approach at the plate? Are you hunting for a good pitch to drive or attacking the first strike you see? Something else?

C: “My approach changes each at bat depending on the situation. However, I don’t like to pick one side of the plate and tell myself only attack that side. At this level it’s not very likely the pitcher is going to throw you your exact pitch. [So], my approach at the plate is attack the first good pitch I see.”

T: You’ve been in the starting lineup from day one. As a freshman, what did that vote of confidence from Coach Guerriero and the coaching staff mean to you?

C: “I am very grateful for the opportunities the coaching staff has given me. I understand the competitive environment here at St. John’s so it’s very important for me to take advantage of my opportunities. The coaching staff has a lot of confidence in me and it’s very reassuring to know. It’s much easier going up to the plate knowing your coach has faith in you and wants you to succeed. Their confidence rubs off on me and as a result I am more confident at the plate.”