A Preview of the Men’s Basketball Non-Conference Schedule 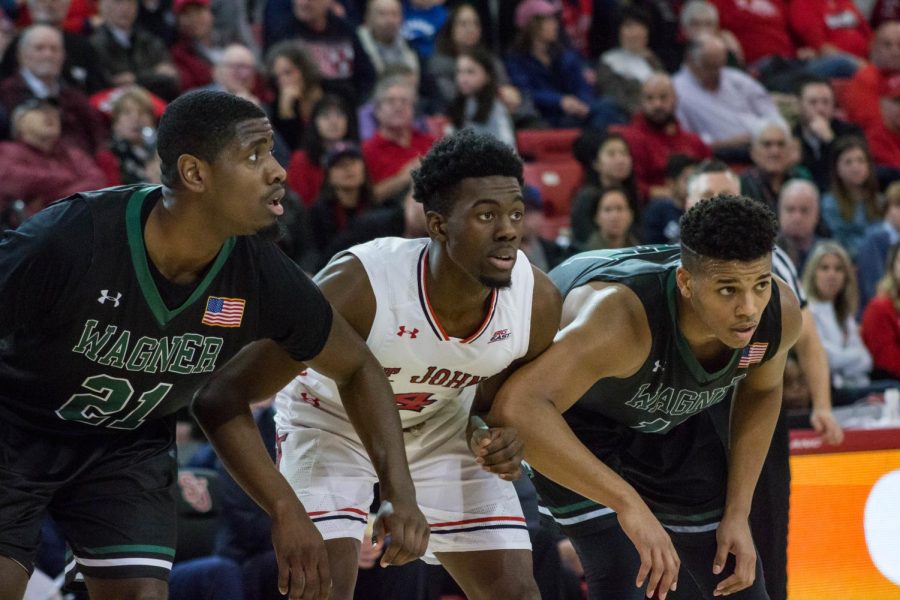 Each beginning of a fall semester brings with it a college basketball season tailing not far behind, and this year St. John’s men’s basketball enters with a new-look roster and coaching staff. Multi-year team veterans like Shamorie Ponds, Justin Simon, Bryan Trimble, Marvin Clark, and Eli Wright have been replaced with a new palette of freshmen and transfers to establish a refreshed team culture alongside continuing players like Mustapha Heron, LJ Figueroa, Greg Williams, and Josh Roberts.

Head Coach Mike Anderson and his overhauled staff will look to apply the team’s new identity after months of building it in practice once the non-conference schedule takes off in late October.

The Johnnies will have the luxury of home cooking playing at Carnesecca for nearly the entire non-conference schedule, with the only exceptions being the Basketball Hall of Fame Tip-Off Tournament in Connecticut and a trip to San Francisco in late December to take on Arizona.

The preseason tips off on October 30 where neighboring Queens College will visit for an exhibition to get both teams warmed up. From there, the Red Storm will host Mercer on November 6, followed by a quartet of fellow northeast schools Central Connecticut State, New Hampshire, Vermont, and Columbia. All finished last season at well-below .500 records in smaller conferences with the exception of Vermont, who had themselves a stellar 27-7 season capped off by an America East Championship and an NCAA Tournament appearance. UVM brings back a similar (although not wholly identical), roster and will reasonably pose the biggest threat out of the early season opponents.

St. John’s will then travel to the HOF Tip-Off Tournament and will rematch with its most recent NCAA Tournament foe, Arizona State. A win there would result in a Tournament Championship versus either Massachusetts or Virginia.

The Johnnies end November against Wagner at Carnesecca Arena, whom they have not lost to since 1956, a 12-game winning streak that the Johnnies hope to make 13 against their neighbors from Staten Island. After that, they host St. Peter’s, West Virginia, Brown, and Albany respectively. St. Peter’s and Albany look to be very attainable victories. Meanwhile Brown, coming off a strong 20-12 season, and West Virginia, with a bolstered roster and opportunity to make a statement in the crowded Big 12, could be stronger opponents and a barometer for the Red Storm’s progress and growth heading into conference play.

They finish the non-conference season with the match-up against Arizona. This will most likely be the most impressive roster they will face to this point, as the Wildcats are bringing in loaded freshman and transfer classes and will have their sights set on a Pac-12 championship following a rocky season.

The structure of St. John’s non-conference schedule is conducive to a newly acquainted team that will likely need time to learn about one another and ramp up progressively into the tough Big East conference play. A lot of time spent in Carnesecca, groupings of smaller conference teams that allow room for error, and a few opponents on equal or stronger footing than themselves will make a great mix for the Johnnies to grow and prove what the new roster can accomplish heading into Big East play.