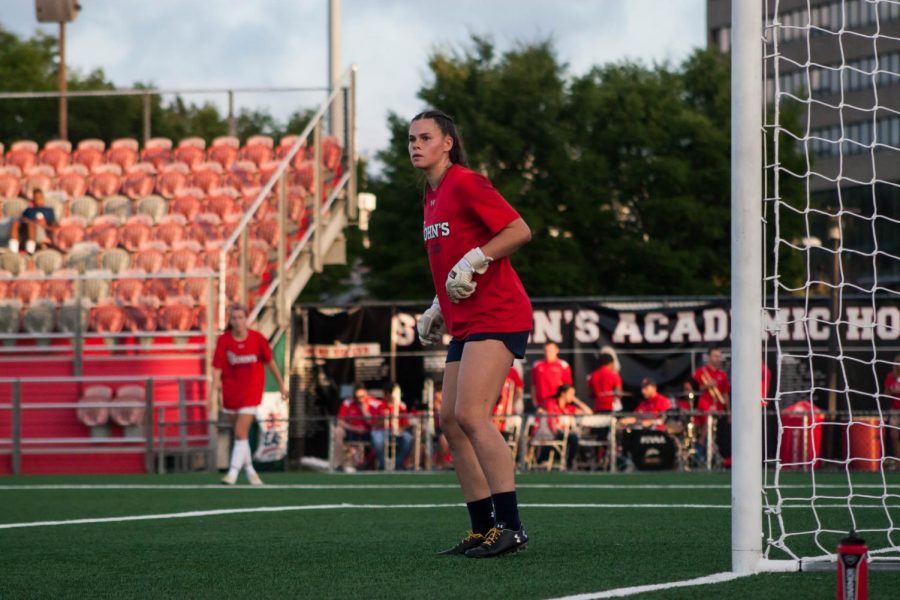 The St. John’s University Women’s Soccer team has had quite a challenging start to the 2019 season. They go into this upcoming week’s schedule with a record of 2-5.

Starting off the season with two exhibition games, St. John’s went 1-1 with a loss to Rutgers University and a win over Rider University. They fell just one goal short of Rutgers with a score of 0-1, while advancing one goal over Rider with a score of 2-1. Even in these early games, the star players began to shine and truly show their potential for the games to come.

Following these exhibition games, the Lady Johnnies took on the University of Cincinnati, leading them to another loss.

Some key players just from this first game that show they will be a huge help this season are Zsani Kajan and Jessica Garziano. Both of these players showed their potential in the exhibition games as well. Kajan led four of the team’s eight shots on net, all of which were stopped by the Bearcats. Garziano took two shots on net which saw outcomes just as Kajan’s had.

The beginning of September brought an upsetting loss versus their former Big East opponent, Notre Dame University. The Irish surpassed the Johnnies with 25 shots on net, leaving our team with none. Again, Kajan attempted a shot on net, yet this time the target was off. Brooke Boyd and Alex Madden also saw their attempts to take after what had happened to Kajan’s.

The following game versus Stony Brook University was an upset, however for goalkeeper Naya Lipkens, it was a record-breaking night in the net. Again, Lipkens was another player who showed her talents during the early exhibition games. Lipkens put in immense effort to keep off the Seawolves’ offense. During the game, Lipkens saved 11 of Stony Brook’s 12 shots on net. This career-high goaltending also marked the first immense effort from a St. John’s player since their very own Lauren Ferris in October of 2011.

Three of their five losses left the Johnnies short just one or two goals of a win. Their loss with a score of 1-2 versus James Madison University occurred after playing in double overtime. The team seemed to fight harder during their following game versus Yale as that double overtime led to a win, 2-1. Perhaps the James Madison game showed the Johnnies what it was they were missing and allowed them to fix their mistakes in the overtime with Yale.

The Women’s Soccer Team seems to feel most comfortable playing at their home stadium, as their two wins have occurred there. With their next four games here at Belson Stadium, hopefully the Johnnies can find what it is that is keeping them from connecting on opponents’ turf.

This week, the Johnnies will play three games at home, including a date with former Big East rival Syracuse on Thursday.