Women’s Soccer Struggles Continue After Losses To Marquette And Butler 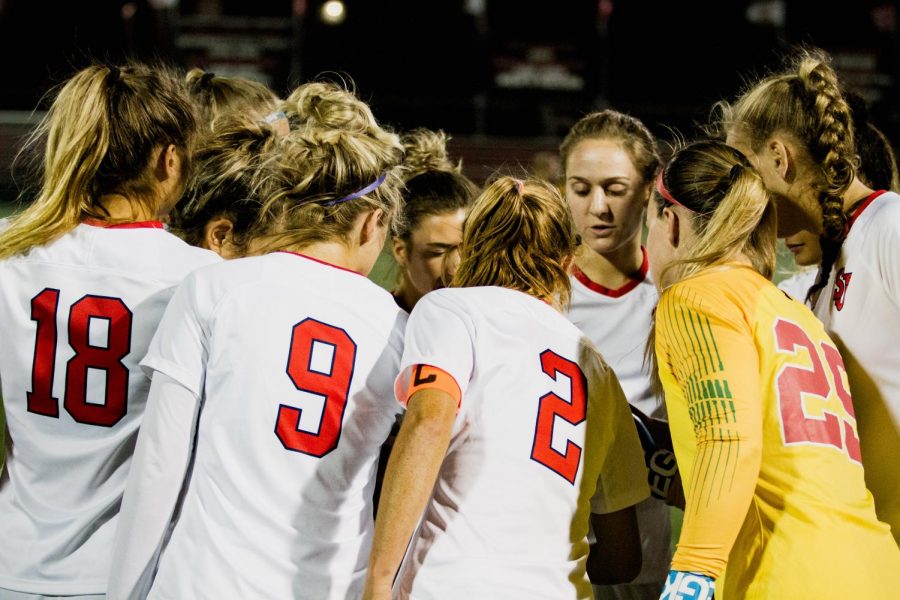 St. John's Women's Soccer dropped their last two games against Marquette and Butler as they head home to play Xavier on Sunday at Belson Stadium

The St. John’s University Women’s Soccer Team continues to struggle this 2019 season, losing against Marquette University on Thursday and Butler on Sunday, making their season record 4-10, and their record in the Big East Conference 1-4.

The Red Storm had developed an early lead against Marquette, with redshirt junior Zsani Kajan putting two points on the board in the first half, one within the first ten minutes with an assist coming from junior Alex Madden and redshirt freshman Addison Hornsley, the other with less than ten minutes remaining on the clock, freshman Jessica Garziano setting her up. Garziano’s assist marked her fourth of the season. This game brought Kajan’s total number of goals of the season to six, making her the lead scorer on the team.

On Sunday, the Red Storm lost once again, falling to the Butler Bulldogs in Indianapolis. Despite the game being scoreless through the first half, the Bulldogs were able to score in the 78th minute and the game ended with Butler winning 1-0.

The defense made the victory difficult for Butler, as St. John’s redshirt junior Meredith Reinhardt had seven saves throughout the game. Kajan, Madden and Garziano led the team with shots in the mashup, each with two and both of Garziano’s shots on goal, but the team was unable to get the ball past the Bulldog goalie, ending the game with a loss for St. John’s.

This 2019 season has posed a new difficulty for the Red Storm allowing their games to go into overtime. Of the 14 games the team has played this season, five have gone into overtime, four of those games into double overtime. St. John’s has only been able to win one of those games, beating Yale 2-1 on Aug. 30 in double overtime, with a game-winning goal coming from Kajan.

Even with the loss against Marquette, the Women’s Soccer Team seems to find their greatest success when playing at home, as all of their wins have been at Belson Stadium, and they are 0-6 for away games. Hopefully, with half of their remaining games being away games, and all of them being conference games, they will be able to prove their statistics wrong and find success off their home field.

The team returns home to Belson Stadium on Sunday, Oct. 20, at 1:00 p.m., where they will be facing off against Big East Conference rival Xavier University. Including this game, the Red Storm only has four games left on the schedule before the Big East Conference Tournament, which starts in the beginning of November.