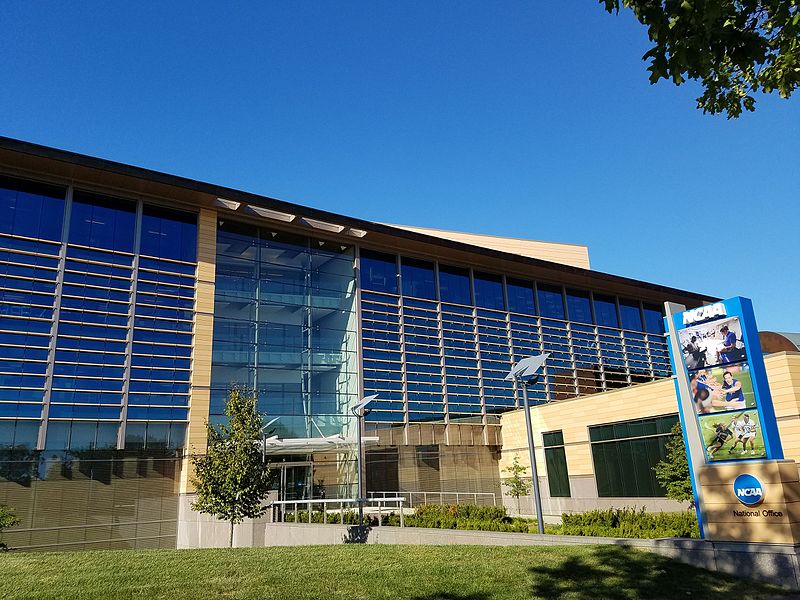 The NCAA took its first step in dealing with legislation that would allow student athlete’s to be compnesated last Tuesday.

The National Collegiate Athletic Association—NCAA—began the process of allowing college athletes to be compensated for their name, image and likeness in a manner consistent with the “collegiate model” on Oct. 29.

The NCAA has an established philosophy that college athletes may not be paid. Although, after a unanimous vote by the top governing board Tuesday night, this philosophy seemed to change. This is the NCAA’s attempt to modernize their support of the 460,000 athletes among their three divisions.

Michael V. Drake, chair of the NCAA governing board and president of The Ohio State University, said, “We must embrace change to provide the best possible experience for college athletes.”

“Additional flexibility in this area can and must continue to support college sports as a part of higher education. This modernization for the future is a natural extension of the numerous steps NCAA members have taken in recent years to improve support for student-athletes, including full cost of attendance and guaranteed scholarships.”

In September 2019, California was the first state to sign a bill that will allow college athletes to get paid. This bill— which is supposed to take effect in 2023— will give college athletes the chance to hire agents and be compensated from endorsements. According to The New York Times, this bill was an attempt at attacking the NCAA’s long-held rule that college athletes should not get paid and focus on earning a degree.

California inspired other states to follow its trend. New York, Florida, Illinois and other states also looked into passing bills allowing college student-athletes to conduct endorsement deals with advertisers and to hire agents, according to National Public Radio.

Under this process, the NCAA must begin to look at the fundamentals behind paying athletes. “The easy part is over,” USA Today said, “but now the NCAA must determine how much and under what circumstances athletes should get paid.”

With recommendations from the NCAA Board of Governors Federal and State Legislation Working Group, the NCAA is ensuring many principles in this process.

In these principles, the student-athletes must be treated similarly to non-athlete students, where education must maintain as the first priority to the student-athlete’s successes. Also, there must be a “clear distinction between collegiate and professional opportunities” for student-athletes, the NCAA said. Along with those, it must be made clear that the athletes are students of the universities, not employees.

The NCAA said their plans will include equity to their student-athletes.

“The board’s action today creates a path to enhance opportunities for student-athletes while ensuring they compete against students and not professionals,” NCAA President Mark Emmert said.

The Board of Governors of the NCAA plan on working together to gather information on how to respond to the legislation state-wide and federally. This is scheduled to be completed in April 2020.

Eventually, the NCAA plans to have finalized rules and regulations for this action across all three of their divisions no later than January 2021.