St. John’s Struggles Against No. 8 Villanova 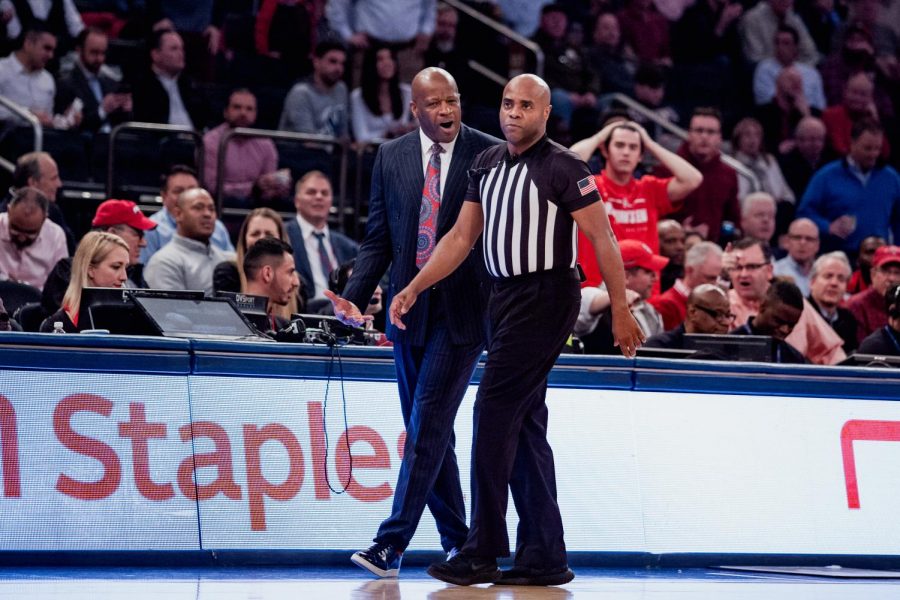 “Energy is really important,” Coach Mike Anderson said after the game. “If we don’t show up with the energy, that could hurt us.”

St. John’s came out with a lot of energy for the first half. Early in the game, the Red Storm secured a lead over Villanova. Roberts came through with a ferocious slam to put two up on the board just seconds into the game. This was shortly followed by Dunn’s three-pointer as the Johnnies held a strong start offensively and defensively.

Rutherford then came up with two turnovers, both leading him to the net to put four points up on the board.

The Wildcats found the lead with about seven minutes remaining in the first half. They had a 12-0 run, bringing them 28-19 over the Johnnies. At halftime, the Johnnies were down by 13 points. Wildcat Saddiq Bey led Villanova with 13 points of their 39. For St. John’s, Dunn led with 8 points of the Red Storm’s 26.

Dunn had a strong run to begin the second half. He put up the first two points, following an assist on Roberts’ shot. Just seconds later, he put three more points up on the board. At the end of the game, he reached a season-high 24 points.

However, the energy in the second half did not reciprocate from the first.

Villanova’s offense took advantage of the defensive setbacks, especially during the second half of the game. Aside from the Johnnies’ lack of success defensively, they also could not find the basket for the majority of the second half.

“We had a bunch of layups that we missed,” Coach Anderson said. “If you’re not shooting the ball well, you can’t miss layups.”

The Wildcats reached a 24-point lead during the second half, before ending the matchup with a 20-point win. The final score of the game was Villanova 79 – St. John’s 59.

The Men’s Basketball team is back in action Sunday, February 2, when they face Georgetown back at Madison Square Garden.

“These guys have always bounced back this year,” Coach Anderson said, “and I think we’ll do the same thing and get ready for the next game.”