Women’s Basketball Rise To The Top In Big East Play 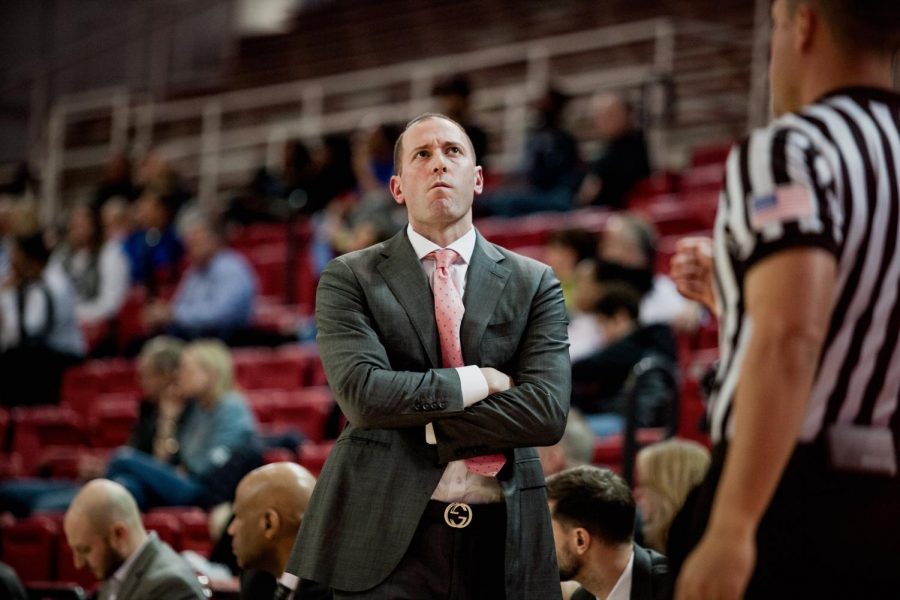 Halfway through the Big East conference play, the St. John’s Women’s Basketball team is in a vastly better position than they were this time last year.

The Johnnies most recent game against Seton Hall University was tremendous from beginning to end. The Red Storm were able to secure a win at Seton Hall with a final score of 82-66. The Red Storm found their always reliable Junior Qadasha Hoppie at the forefront of the Red Storm attack with 20 points, three rebounds and shooting 70% from the floor.

Hoppie has been St. John’s best player throughout this year by far. She is averaging 17.3 points per game while averaging 2.5 rebounds a game. Hoppie has 346 points on the season with the next closest player being freshman Leilani Correa who has 245 points on the season. That 101 point difference is all you need to know about who is the most reliable scorer for the Red Storm this season.

Coming off a rough season last year, it didn’t seem like there was a lot of worry from coach Joe Tartamella and his players about how the team would perform this season. They have answered the call so far in conference play.

The Red Storm jumped out to three straight wins in conference play. Their first two games taking place at Xavier University and at Butler where their combined margin of victory in those games of 33 points. The Red Storm then started 2020 with a win at Carnesecca Arena against Georgetown.

After starting out with three straight wins the Red Storm hit a bump in the road. They went on to lose their next three games against Villanova University, at Marquette and at DePaul. All were close games with a combined loss of 19 points.

While this was a rough patch for the Red Storm, the margin of defeat wasn’t that high a number and their biggest loss in that three-game stretch was against Marquette where they lost by nine points. This small patch would do little to discourage the Red Storm as conference play progressed.

Following the three-game losing streak, the Red Storm were able to get back on the winning track with a close victory against Providence at Carnesecca where they won by six. Home again, the Red Storm welcomed Creighton University to town with a five-point victory.

In conference play, Hoppie has turned her game up an extra notch. She is averaging 18.7 points per game, along with leading the conference in three pointers made per game at a 3.3 clip.

Freshman Correa has has been a go-to player for this Red Storm team that was desperately looking for more scoring from the outside after last season. Correa has been coming off the bench for the Red Storm during the majority of the season outside of her one start against DePaul. She has compiled a crowded resume this season, averaging 12.9 points per game, 4.9 rebounds per game, and shooting a team high 84% from the freethrow line.

Hoppie and Correa have been recognized plenty throughout the season for their achievements on the basketball court. Just this past week, Hoppie was selected to the Big East Weekly Honor Roll for the seventh time this season. Correa has been recognized as the Big East Freshman of the Week twice along with the Player of the Week by the Metropolitan Basketball Writers Association.

At the half-way point of Big East Conference play the Red Strom have nine games in conference play left before the Big East Tournament. If there has been anything to worry about for these Johnnies, closing out the game in the fourth quarter has been an issue, especially in Sunday’s matchup against Seton Hall. The Pirates were down by 20 points in the final 10 minutes of the game and immediately opened the fourth quarter with a 16-0 run.

The Red Storm were able to hold their lead and escape with a win. Beginning the game has also been an area of concern for the Red Storm defensively. In the first half of play they have given up a combined 708 points on the year, compared to 600 points in the second half of play.

The Johnnies will look to continue their three-game winning streak against Villanova Wildcats, Friday night at Villanova. Tip-off is scheduled at 7 P.M. and can be seen on Big East Digital Network.