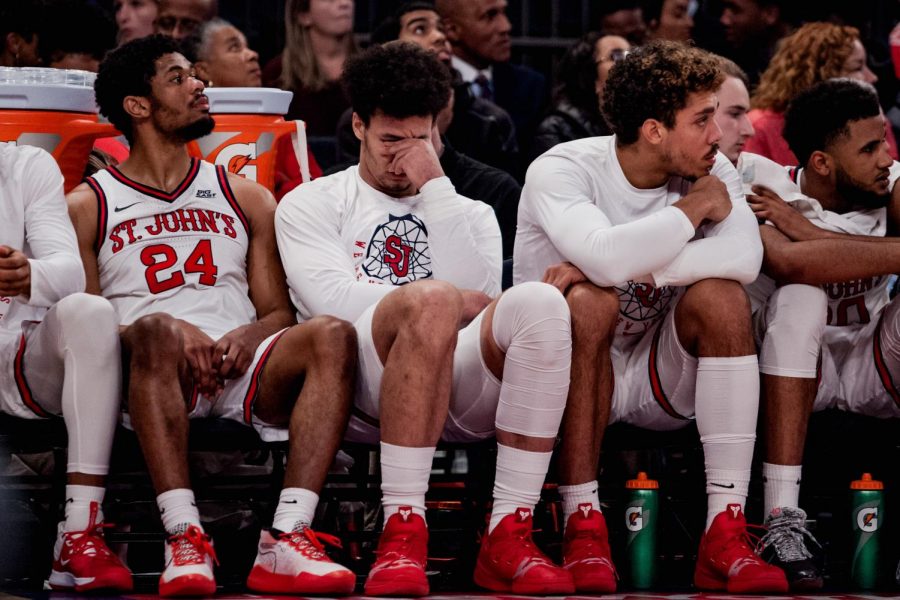 Desperate for height, the Men’s Basketball team will have to play another man short.

St. John’s suspended sophomore forward Ian Steere for, “[failing] to meet standards expected from a member of our basketball program,” coach Mike Anderson said in a statement to the New York Post last Wednesday ahead of the Red Storm’s 80-69 win over Providence University at Carnesecca Arena. The suspension is indefinite, according to the statement.

The school declined to comment further in a statement to the Torch.

Steere had played in only five games since receiving NCAA clearance in late December. He transferred from North Carolina State University after playing in one game with the Wolfpack in November 2018.

NCAA rules require transfers to sit out two full semesters before suiting up for their new team. Steere was denied an appeal for eligibility at the beginning of the season and had to wait until the end of the first semester to play for St. John’s.

The former four-star recruit hasn’t seen playing time since Jan. 21. He scored four points and grabbed one rebound in 17 total minutes with the Red Storm.

It’s the second hit to the roster this month. Senior guard Mustapha Heron was likely lost for the season with an ankle injury on February 11.

This is a developing story. Please check back for updates.