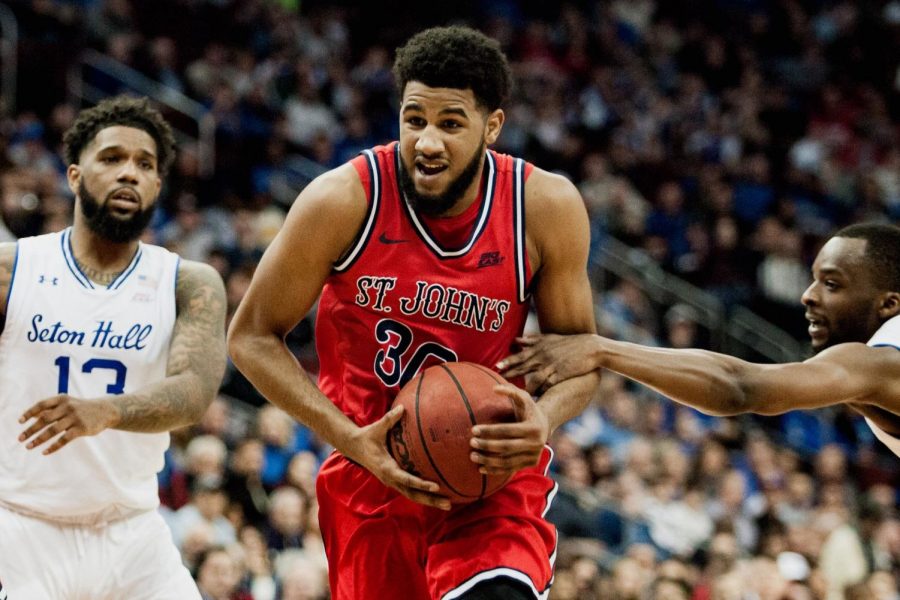 St. John’s Men’s Basketball guard LJ Figueroa announced Mar. 28 via Instagram that he has declared for the 2020 NBA Draft.

Figueroa, a native of Lawrence, Massachusetts, started 64 of his 66 games in his two years at St. John’s and has scored 956 points.

“These past two years at St. John’s have presented me with tremendous opportunities for growth both on and off the court,” Figueroa said on Instagram. “My family, coaches, teammates and my hometown Lawrence, Massachusetts, have helped me develop into the man I am today, and I cannot begin to thank everyone enough.”

A press release from the athletic department said that Figueroa has not hired an agent and still has the option to return to school.

“I intend to keep all of my options open,” Figueroa said, “and look forward to the learning experiences this process will offer.”

If Figueroa decides to withdraw from the NBA pool before June 3, he may still return to St. John’s for his final season of eligibility.

“We support LJ’s decision to pursue his lifelong dream,” St. John’s Head Coach Mike Anderson said in the press release. “This is an opportunity to gain valuable information by going through the NBA pre-draft process to make the best decision for his future.”