Another Year in the Books for St. John’s Athletics 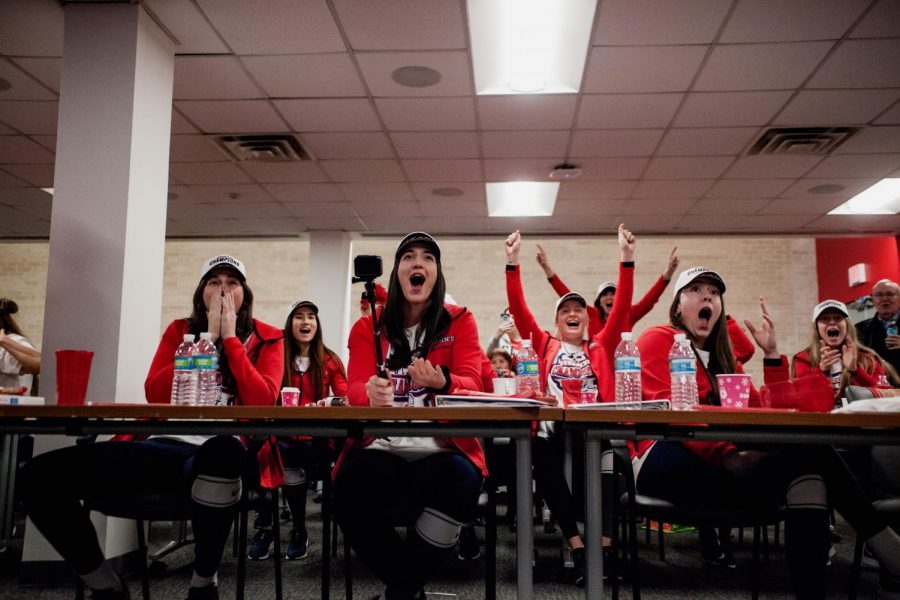 With the academic year coming to an end, it is pretty evident that St. John’s Athletics programs finished on an unusual note. Usually, now is the time where you could catch a glimpse of a baseball game at Jack Kaiser Stadium, or those living in Donovan Hall could watch a softball game at Red Storm Field from their dorm rooms. But now, Carnesecca Arena and all of the other sporting venues are empty and closed to the public. Before we look ahead to the summer and hope sports will soon return, let’s first take a look back at what the Johnnies pulled off this year.

What seems like forever ago was a time when Belson Stadium was lit up, volleyball nets were set up in Carnesecca and fans were filling the stands.

The Men’s Soccer team made it to the NCAA Tournament for the 21st time in program history. The team secured a national seed for the ninth time and proceeded to the NCAA Sweet Sixteen Round for the 12th time in the last 25 years. Their record of 14-5-1 placed them  second among the conference’s regular season play.

The players on the Women’s Soccer team were recognized for their grade point averages. They tied for first for the highest team grade point average across all Division I soccer programs, leading them to earn the United Soccer Coaches Team Academic Award.

The St. John’s Volleyball team claimed its second Big East title in program history. After receiving this automatic bid into the NCAA Tournament, they finished off their season with a 22-12 overall record.

The Women’s Basketball team had a stellar season — their highest scoring season since 1994-95. This squad averaged 72.3 points a game while also surpassing the program’s single-season record of 3-pointers, tallying 220 points from behind the arc. The Johnnies were also able to shoot 77.4 percent from the free-throw line, which secured a new program single-season mark. The Women’s Basketball team was set up to make their seventh postseason appearance in eight seasons.

Under the new reign of Mike Anderson, the Men’s Basketball team finished with a record of 17-15, which secured Anderson’s 18th year coaching Division I basketball without a losing season. The Red Storm completed two top-25 wins and was beginning to look up during the Big East Tournament. Unfortunately, after their 23-0 run comeback against Georgetown, the team’s upward climb was cut short during halftime of their matchup with Creighton on March 12 due to COVID-19 concerns.

The St. John’s Fencing team had four of its players take four medals back to Queens. One of these was a first-place finish in the NCAA Regionals on March 9. Before their season abruptly ended, they secured 10 bids into the 2020 NCAA Fencing Championships.

The St. John’s Baseball team, who was under new coaching, started their 14-season game a bit slow, but still showed some promise. Three of their five wins were against Power Five opponents. The Softball team finished short with a record of 8-15. They secured two crucial wins against Long Beach State and San Jose State.

The Women’s Golf team finished off their short season with three top-five wins. This led them to claim team titles at both the Lehigh and Benbow Invitationals. The Men’s Tennis team finished off strong in the fall, placing third at the Metropolitan Intercollegiate Championship.

Coming off from a season during which they claimed the Big East title, the Men’s Tennis team went on a 13-2 record for its 2020 season. The team went undefeated at home and claimed nine of its 13 wins on the road. A key victory for this squad was a 4-3 win over Penn in its last matchup of the season. The Women’s Tennis team’s Jessica Livianu won all 13 of her single matches on the No. 1 court. Five of the team’s seven wins were at home in Queens.

All of the teams at St. John’s triumphed over challenges and now look forward to improving even more in the 2020-21 seasons. Despite its abrupt end, the Athletics Program has yet another successful year to put in the books.