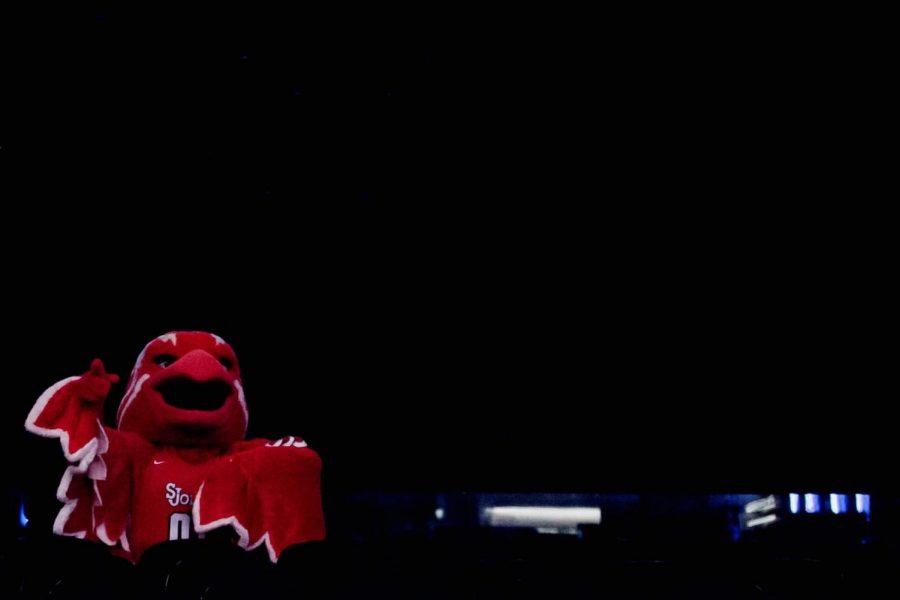 Most college basketball teams aspire to be like UConn. They want to win national championships and play like the Huskies do. The day finally comes when it is time to tip-off against UConn. Then, they embrace being on the other side of the challenge – they want to win, they want to beat the Huskies.

The Big East Conference is welcoming back the powerhouse basketball program that is the UConn Huskies this season – so what does this mean for the Red Storm? It adds a strong team to their schedules that will require hard work and preparation for their eventual facedowns on the court. In other words, the St. John’s Men’s and Women’s Basketball teams will continue giving each practice their all and prepare to put some wins against UConn on their records.

The Huskies were a part of the original Big East Conference in 1979, until they made the decision to leave and join the American Athletic Conference (ACC) in 2013. While in the ACC, the Women’s Basketball Huskies won the national championship every year, while the Men’s team only secured the Conference win twice. Seven years later, UConn has found its way back to where it started – the mighty Big East.

“UConn brings a rich history of academic and athletic excellence,” the Big East Conference said in a web release, “especially in the sport of basketball.”

So how do the St. John’s basketball programs plan to prepare for these games against the preseason-predicted No. 1 team in the Conference?

In St. John’s Women’s Basketball program history, the Red Storm has secured only one victory over the Huskies. This win, on Feb. 18, 2012, goes against 37 losses over 30 years of matchups. During their last game in the Virgin Islands back on Nov. 23, 2018, the Red Storm only lost to the Huskies by 10 points.

“Being able to be a part of our new look in adding UConn back,” Tartamella said last month during virtual Big East Media Day, “I think we have only strengthened what I think was already a strong and underrated conference in the country.”

In the Virgin Islands, then-sophomore Qadashah Hoppie put up double-digits, scoring 10 points with three assists. Now a senior for the Red Storm, Hoppie exclusively told the Torch in a recent interview that a big part of the game back in 2018 was the team’s energy. She said that they will carry over this energy, their preparation and their ability to be “locked into personnel” this season too.

“With them being back in the league, it’s no big scare,” Hoppie said.

In the Big East, the teams in the Conference play each other twice in a regular season. Hoppie emphasized that this is “big” in terms of preparation. With just one game under their belts, they’ll have more preparation for the second (and possible third) appearance in the Big East Tournament.

For younger players on the team, Hoppie emphasized two things they’ll need to practice when it comes time to step onto the court.

“Being confident,” Hoppie said, “and understanding that we are at a certain level where we are on an even playing field.”

She said that when basketball players are younger, they tend to idealize teams like UConn and noted that this idealization can’t be there when they step on the court to face them. In a conference like the Big East, anyone can win at any time and on any night. Going into games with this mindset, she said, will lead to a game that will play as it is – no matter who’s on the court.

“If we play together as a team,” Hoppie said, “we can get a team win.”

Tartamella knows that this program has strengthened over the years, and he also discussed the strong players they have this year to utilize, including Hoppie. He said that his experience in the Conference and college basketball has helped shape his approach to going against powerhouse teams like UConn.

“To me, and to a lot of our coaches in the league,” Tartamella said, “we are really excited about the opportunity and what our future holds, and I think everyone is going to see that as we start the year.”

The St. John’s Men’s Basketball team has faced UConn since 1951, and in that year the Red Storm won with a 10-point lead at the “World’s Most Famous Arena.” St. John’s has the upper-hand when it comes to the Huskies, with a winning record of 35-28. Yet, these teams have not met on the court since 2013, and a lot can change in seven years.

“Even from afar when I was coaching at Arkansas and seeing the Big East and playing against some of the Big East teams, UConn was obviously a staple in the conference,” Anderson said during virtual Big East Media Day. “So welcome back.”

Anderson emphasized that starting Conference play in December this year is different in and of itself. He said that right from the jump, “your team has to be ready to play.” Anderson alluded that UConn brings no different challenge than any other team in the Big East, so they will go into every game with the same level of competitiveness, regardless of who’s on the other side of the court.

Champagnie shared similar feelings as Anderson. He said that he knows some players who play for the program at UConn, so that adds another level of eagerness to it all.

“It’s exciting,” Champagnie said. “Growing up, I watched UConn a lot. Just having them back in the conference is going to be fun. It just adds another team to the list that we can’t wait to play and that we work for.”

The Red Storm is preparing to roll over the dogpound this upcoming season. Both basketball programs are using what they have learned over the years in the Big East to overcome UConn. The Men’s Basketball team is traveling to Storrs, Conn. on Dec. 11, 2020, to take on the fight, while the Women’s Basketball team awaits the announcement of their first matchup.