Hoppie sees her senior season come to an end 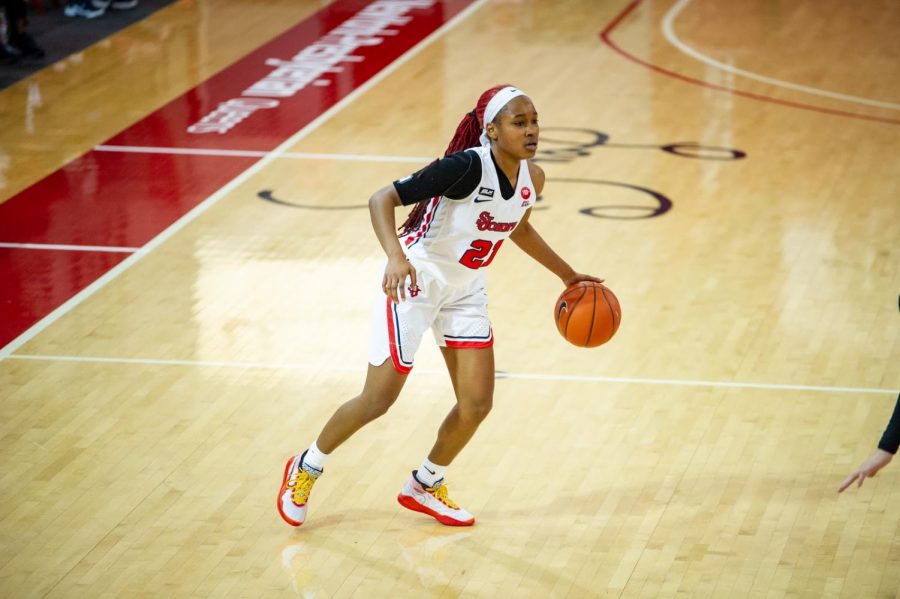 Qadashah Hoppie of the St. John’s Women’s Basketball team will be out with a shoulder injury that requires surgery for the remainder of the 2020-21 season, according to a Jan. 27 web release. This injury brings an unexpected end to the senior guard’s  final season with the Red Storm.

“Q has fought valiantly to be on the floor this year and has made incredible contributions while battling through adversity,” Head Coach Joe Tartamella said in that same web release.

“She gives her all every time she steps on to the court. She has a tremendous work ethic and an incredible basketball mind.”

Hoppie has played in eight of the team’s 13 games so far in her senior season, and has averaged 18 points per matchup. From the free throw line, Hoppie was nearly perfect, hitting 90.5% of her attempted shots.

In her four years with the Red Storm, the Staten Island native reached many Red Storm milestones within the 104 games she saw action in. On Jan. 17, 2020, Hoppie became the 25th player in program history to reach 1,000 career points. As her ride with the Storm rolls to an end, Hoppie is currently the leading active scorer within the Big East, with a career total of 1,323 points. She netted a career-high 27 points against Big East opponent DePaul in February of her junior season. In her senior season, Hoppie earned a spot on St. John’s all-time list for three-pointers, rallying up a total of 185 points. Hoppie will leave behind many inspiring statistics for the future Red Storm players to join the roster.

On and off the court, Hoppie will continue to be a leader in basketball, as well as in social justice initiatives.

“While she won’t be able to physically play with us over the remainder of the season,” Tartamella said, “I know she will continue to fill her role as a leader off the court for our program.”