St. John’s vs. DePaul: The Blue Demons come out on top 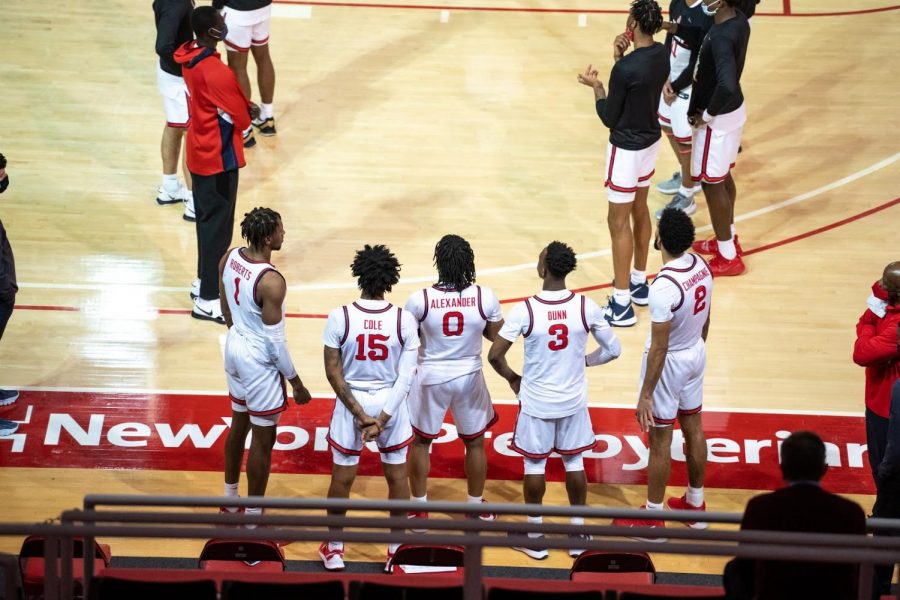 Throughout the matchup St. John’s consistently caught up to DePaul’s offensive runs, tying the game three times, but ultimately would fall back into the losing spot.

Sophomore guard Julian Champagnie opened the first half of the game for the Red Storm with a three-pointer, and by the end of the half was the only player with double digits in points. Shots were also put up by Rasheem Dunn, Posh Alexander, Greg Williams Jr., Vince Cole and Isaih Moore.

Just before the end of the first half, the tie was broken by a foul shot from Moore. Once  the scoreboard read 40-39, the Red Storm got their first and only lead of the entire game.

DePaul grabbed the lead with a field goal at the very end of the half, quickly reversing the Johnnies’ one-point lead. The Blue Demons would only expand on their 41-40 lead in the second half.

During the second half, DePaul’s bench received a technical foul as frustrations flew between both the team’s coaches and the referees after a foul was called on DePaul that they did not agree on. This gave St. John’s a chance to take back two points from foul shots. But these points were quickly negated, as DePaul put up four points shortly after.

Shots were made by Cole, Champagnie, Dunn, Moore and Dylan Addae-Wusu. Addae-Wusu closed out the game with a two-point shot, leaving the half’s tally to come to 47- 43, and the final score at 88-83, DePaul.

Champagnie put up double digits in both halves, racking up a 29-point game high on nine out of the 21 shooting attempts, as well as seven rebounds.

Behind Champagnie in points Moore. The 6’10” forward obtained 16 points, seven of which were scored from the free throw line.

Freshman guard Addae-Wusu and junior forward Cole also completed the game with double digit earnings, with Addae-Wusu at 13 and Cole at 10.

This was not enough to counter DePaul, who scored throughout the game with ease. Though the Red Storm put up a fight, they couldn’t stop the Blue Demons from finding the net.

St. John’s has two games left in the season to win. The Red Storm will have a home court advantage in both of these games, with a March 3 matchup against Providence and a March 6 game against Seton Hall. This season St. John’s has nine wins and three losses at home.