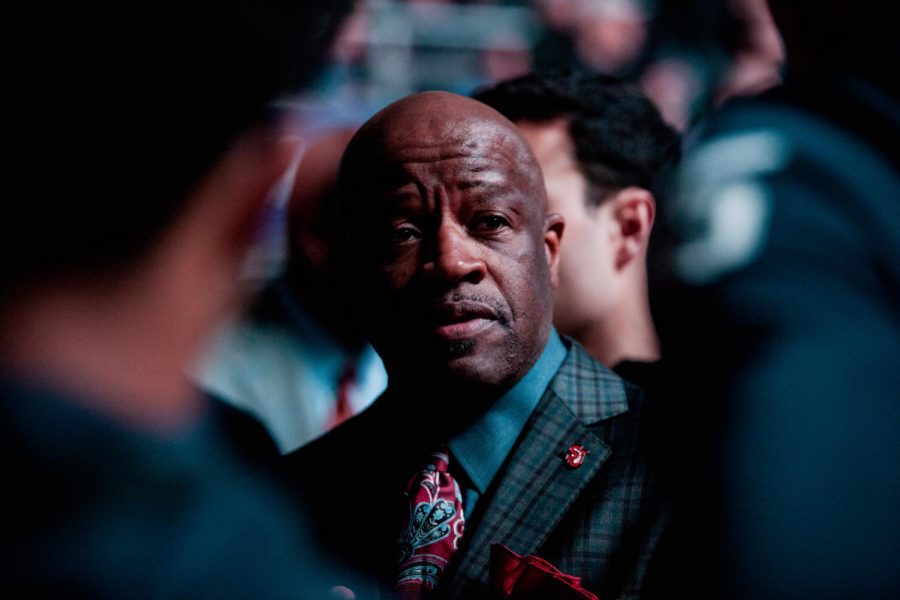 On May 13, a press release announced that Head Coach Mike Anderson of St. John’s Men’s Basketball received a six-year contract extension into the 2026-27 season. The financial terms of Anderson’s contract extension were not disclosed.

Upon joining the Red Storm in 2019, Anderson became the first coach at St. John’s in nearly three decades to receive Big East Coach of the Year, as well as guide two of the top performers in the league in the 2020-21 season, Julian Champagnie and Posh Alexander. Anderson also brought the team to a 16-11 overall record this past season, and a 10-9 record for the Big East.

“[The administration’s] faith in our vision for St. John’s Basketball is humbling and I greatly look forward to carrying on our program’s tradition of success for many years to come,” Anderson said in the press release. “None of this would be possible without the dedication of our players, coaches and staff who have represented this fine University well.”

Shortly after Anderson’s first season with the Red Storm, the team earned ninth out of nine places for the NCAA’s winningest teams.

Prior to the COVID-19 pandemic putting a hold on all sports, the Red Storm was having a successful season. The team won three of their last four games and advanced to the Big East Tournament. They also achieved their first Big East Team Academic Excellence Award for averaging the highest GPA among the rest of the conference, and nine players were named to the 2019-20 Big East All-Academic Team, a program record.

Anderson did not let the pandemic bring his team down. The Red Storm completed the season in fourth place in the Big East conference for the first time since 2000, as well as obtained a league record of .593, beating their .500 record from the 2014-15 season –– both noteworthy achievements on the court.

Anderson has many other achievements as a Division I coach, including being one of three active Division I coaches with at least 15 years experience to have never recorded a campaign below .500. He currently holds a 402-226 career record –– of which a 33-26 mark was during his time with the Red Storm –– and had led his men to 12 postseason appearances, nine of those being to the NCAA Tournament, where they advanced six out of the nine times.

Anderson’s success here at the University not only secured him six more years with the Red Storm, but also leaves fans looking forward to more achievements ahead. He himself is grateful for the opportunity.

“It is a tremendous honor and privilege to serve as head coach at St. John’s University,” Anderson said. “I thank Father Shanley and…the entire administration for their unwavering commitment to our program.”