From The Bronx To The Big East 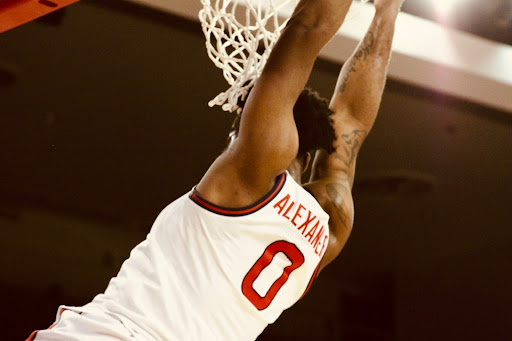 Posh Alexander is returning to Queens after one of the best freshman seasons St. John’s has seen in recent memory. In fact, he enters the season as one of the most feared players in the entire Big East Conference.

Alexander was voted as the toughest player to score against in the Big East, according to a survey of conference players conducted by The Athletic. For Alexander, that’s not a reason to make his performance last season the status quo. If anything, it pushes him to higher aspirations. “I feel it gives me more motivation and confidence,” Alexander told reporters at St. John’s Basketball Media Day. “I have to come out and do the same thing I did last year, actually be much better than I was last year.”

Alexander started off his collegiate career during the COVID-19 pandemic, so this season will be a completely different experience for Alexander. Fans are allowed at all home games, both at Carnesecca Arena and at Madison Square Garden. “I’m really excited to have fans in the building,” Alexander told The Torch.

Alexander was raised just a borough away in the Bronx, which made coming to St. John’s a simple choice for Alexander to make in where to play for college. “Coming to St. John’s means a lot to me,” said Alexander. “Staying home as a city kid, playing in front of my family, in front of Coach Van [Macon], Coach TJ [Cleveland], and Coach Mike [Anderson] was one of the best decisions I think I [had] of all time.”

Alexander was named Big East Rookie of the Year and Big East Co-Defensive Player of the Year in the 2020-21 basketball season. Earning both of these titles in his freshman season added Alexander to a list of just two other players, both of which are Naismith Memorial Basketball Hall of Famers: current Georgetown head coach Patrick Ewing and Georgetown’s star point guard Allen Iverson – both of whom were NBA stars

Alexander’s proud of what he’s accomplished in his freshman campaign, but he has loftier goals for the upcoming season. “It was an honor to be named Big East Freshman of the Year,” said Alexander. “This year, what I am trying to accomplish is I want to be on the Big East First Team. Later on in life, I want to be Big East Player of the Year.”

These goals that Alexander has set for himself are not too far out of reach. Alexander was named to the Preseason All-Big East Second Team at the 2021 Big East Media Day by the conference’s coaches. With another successful season, Alexander might very well be standing alongside teammate Julian Champagnie on the All-Big East First Team list.

These goals might be realized through health alone, as Alexander battled through a thumb injury late last season. Even so, he only got better as the season went on. Alexander underwent thumb surgery after the Johnnies were eliminated from postseason contention, and has already begun working on elevating his game. “I worked on being more consistent with my jump shot, shooting with confidence and change of pace when I’m playing,” said Alexander.

This year’s Big East lineup brings the Johnnies back to the World’s Most Famous Arena against Georgetown on Jan. 16 and metropolitan rival Seton Hall on Jan. 22. For Alexander, it’ll be business as usual, focusing on the principles of Anderson’s program in order to win games. “My main focus is still to pick up 94 feet, stay aggressive and keep playing hard.”