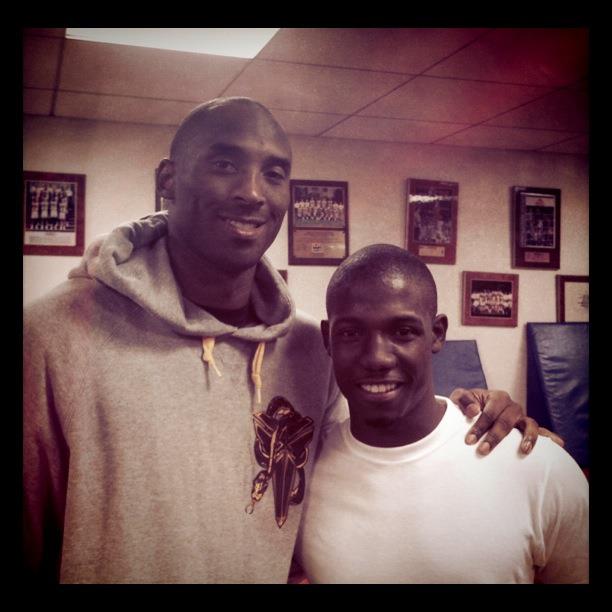 Senior Josh Clouden, a manager for the basketball team, arrived on campus for a morning run and saw the L.A. Lakers guard, wearing Beats by Dre headphones, running on the track.

Clouden said Bryant worked out in the Varsity weightlifting room, and then headed to the training room to ice his knees.

Mark Fratto, Director of Athletic Communications, said the Athletic Department knew Bryant was in town, and offered him a chance to use the University’s facilities.

“Since Steve Lavin has been head coach, you never can tell who you’re going to see,” Fratto said. “He and the other members of our coaching staff have worked with so many of these guys.”

Fratto said the Men’s Basketball program is “definitely on the upswing.”

“We hope to be producing more NBA caliber players from our program,” he said. “In the meantime, don’t be surprised to see more NBA superstars on campus.”

For Clouden, who said he was able to speak with Bryant and snap some pictures, it was the opportunity of a lifetime.

“I always told everyone that before I die I want to meet Kobe, and it just happened,” he said. “My life is complete.”