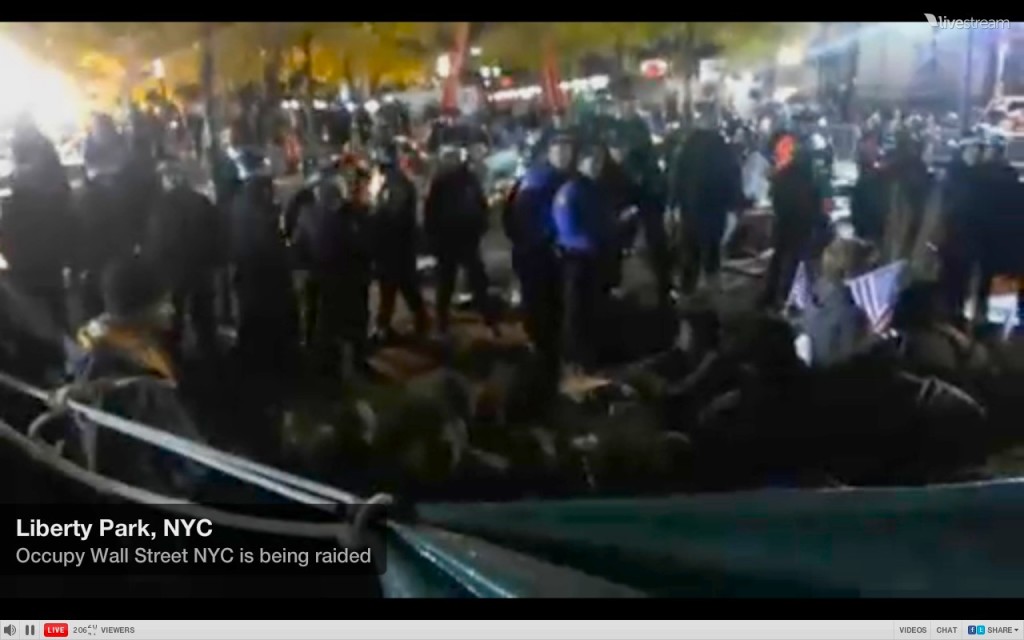 The park is located a few blocks from the University’s Manhattan campus. In October, the TORCH reported on the effects of the protests on the students in residence there.

Live video streams of the police raid were immediately posted online, garnering over 22,000 viewers in 90 minutes. Protesters chanted, “the whole world is watching,” and “you don’t have to do this.”

The protesters were forced out of the park and down Broadway. Many were forced to leave their belongings.

“We have no means of communicating with anyone in the park,” one female protester said in the livestream. “And we have no way of reclaiming our stuff.”

The video showed police dismantling tents and moving other items.

Thirty minutes after police entered the park, Mayor Michael Bloomberg’s office issued a statement via Twitter that read, “Occupants of Zuccotti should temporarily leave and remove tents and tarps. Protestors can return after the Park is cleared.”