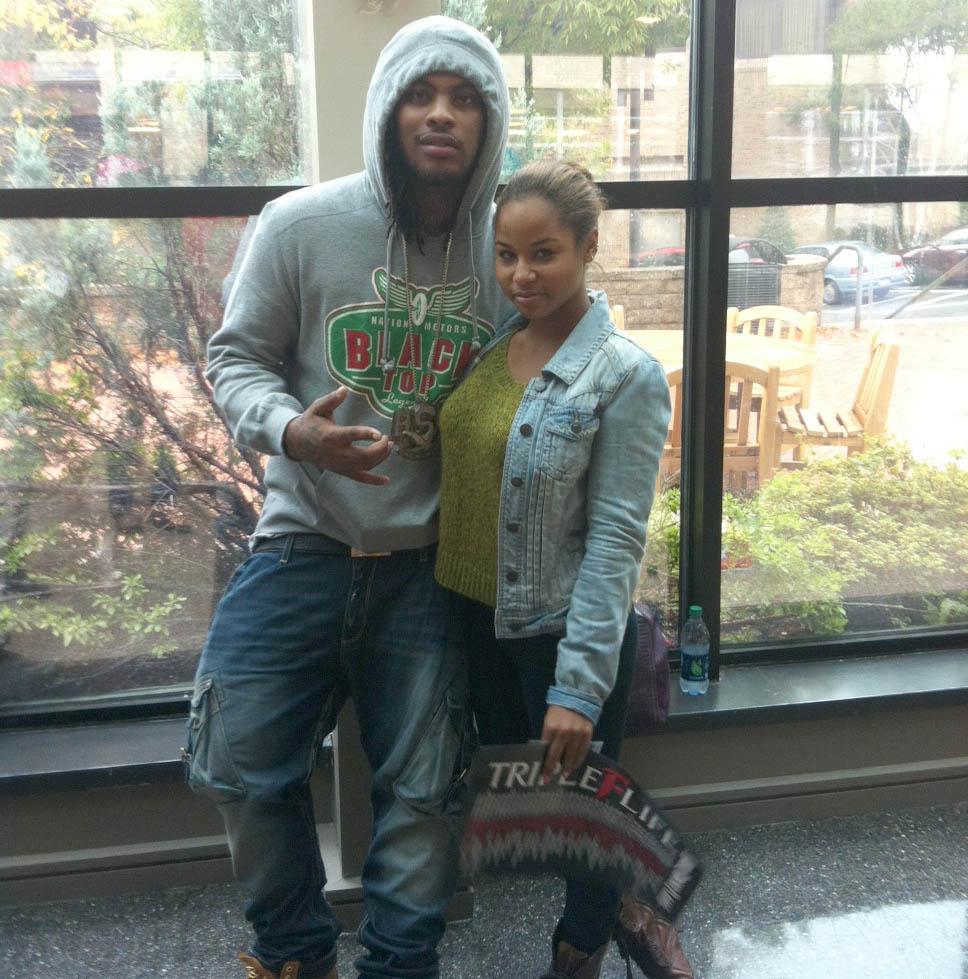 Rap star Waka Flocka Flame made a grand appearance and sat down for an interview in the WSJU studios on Oct. 9, 2012. Hours prior to Waka Flocka’s
headlining show at Manhattan’s Irving Plaza, Wacka Flocka gave a personal interview with Jeff Martin, Urban Director of WSJU.

Waka Flocka stopped by the Queens campus to promote his Friends, Fans and Family Tour, his new album Triple F Life and met with his fan base at St. John’s. Wacka Flocka met and took pictures with ecstatic fans that enjoyed his humble presence and the numerous free CDs, posters and tickets he brought to give away.

Martin described Waka Flocka as “completely different” than what he expected.

“He was very humble and had a wonderful sense of humor,” Martin added. “He’s one of my favorite interviews in the two years I’ve been at WSJU.”

Since Oct. 2, Waka Flocka has been in a different city every night for his Friends, Fans and Family Tour. During the performance at the Irving Plaza, Waka Flocka brought out hip-hop stars Gucci Mane, A$AP Rocky and, eventually, the entire A$AP Mob.

This past summer Waka Flocka released his second album Triple F Life, which featured guest spots from Drake, Trey Songz, B.o.B and Meek Mill. Triple F Life received mixed reviews with many people concluding that his debut album Flockaveli was better. While Flockaveli, which debuted at number two on the Billboard Hip-Hop/Rap Album charts, was definitely a tough album to follow up, Triple F Life includes key tracks such as the extremely popular club banger “Round of Applause.” Just last month, Waka Flocka released his mixtape Salute Me or Shoot Me 4. The tape has since accumulated over 800,000 downloads and has already achieved double platinum status by mix-tape services.

Waka Flocka remains a prominent figure in the hip-hop/rap community by constantly putting out new music, touring and building his own hip-hop label, Brick Squad Monopoly.