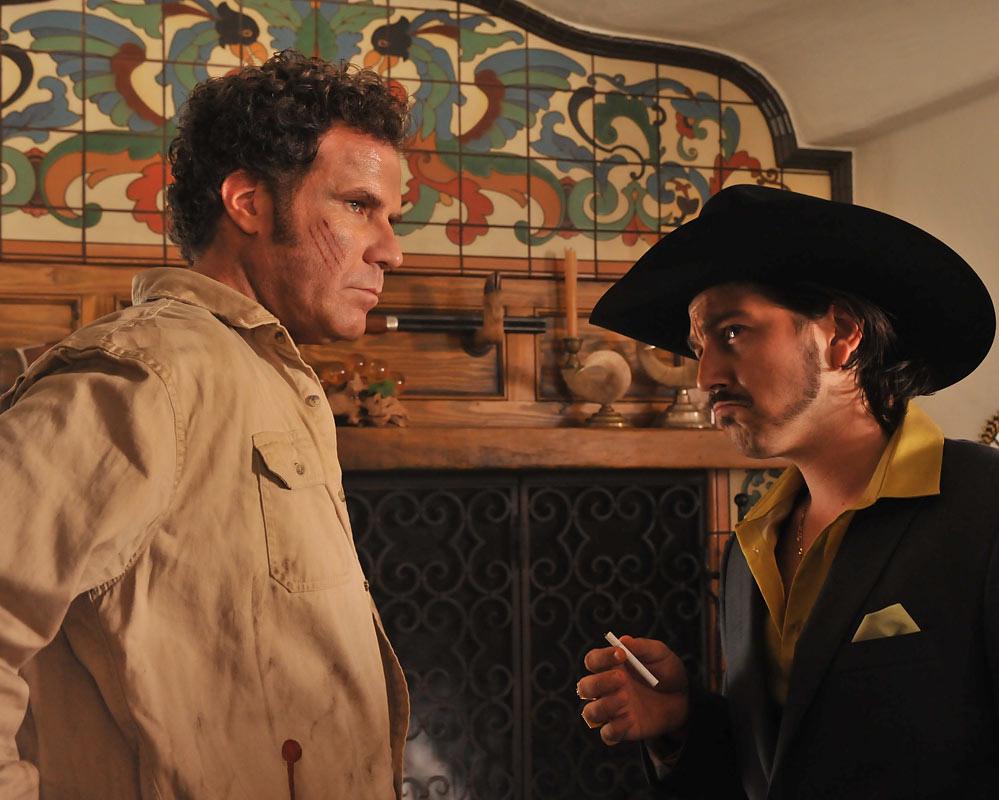 Casa de Mi Padre, directed by Matt Piedmont, is a laugh- out-loud comedy in which Will Ferrell’s cornball demeanor leads to a silly Spanish-language spoof.
The premise surrounds Armando Alvarez (Ferrell) who is the dim witted youngest son of Mexican ranchero Miguel Alvarez (Pedro Armendáriz Jr.).
Upon learning about the business that his brother Raul (Diego Luna) has gotten
involved with, Armando quickly becomes enthralled in a battle to save the Alvarez ranch and Raul’s beautiful fiance, Sonia (Genesis Rodriguez), from La Onza (Gael García Bernal).
Armando’s family and La Onza view him as a coward. He has been labeled as a brainless imbecile because of an accident that happened when he was
just a child. As cliché as the movie is, the premise has Armando setting out to prove he is not the moronic younger sibling they identify him as. It’s hard to take
the plot seriously though, because after all, it is Will Ferrell who plays the lead role.
He can’t get on his horse accordingly, throw a punch, or roll a sufficient cigarette.
The entire movie, with exception of a few scenes, is in Spanish with the translation at the bottom. What makes this a laugh-out-loud comedy is that Ferrell is the furthest from being Mexican. However, he is able to portray the character with a surprisingly acceptable accent. The only aspect that might steer people seeing this film is that it is in all Spanish. Most viewers won’t like having to read the captions at the bottom during the whole movie, but it’s worth it.
The movie is closely related to the humor in the film Anchorman. Stuffed animals, cheesy deaths, and asinine lines string together similarities between them. Ferrell, a comedic genius, doesn’t make any attempt to distinguish props from
being realistic. The songs are jocular. Throughout the film Ferrell, who likes to show off his singing voice in the majority of his movies, will be in a song which is poorly sung – yet whimsical – that only enhances the amusement and embraces the stupidity.
Viewers notice from the poor scene transition that the film was partially low
budgeted. If viewers are looking for this to be a well done screening, they obviously do not know Ferrell’s goofy personality.
Despite the language barrier, this film ultimately assures a chuckle.
Will Ferrell shows us all that, once again, he’s able to make a terrible plot into a hilarious film.